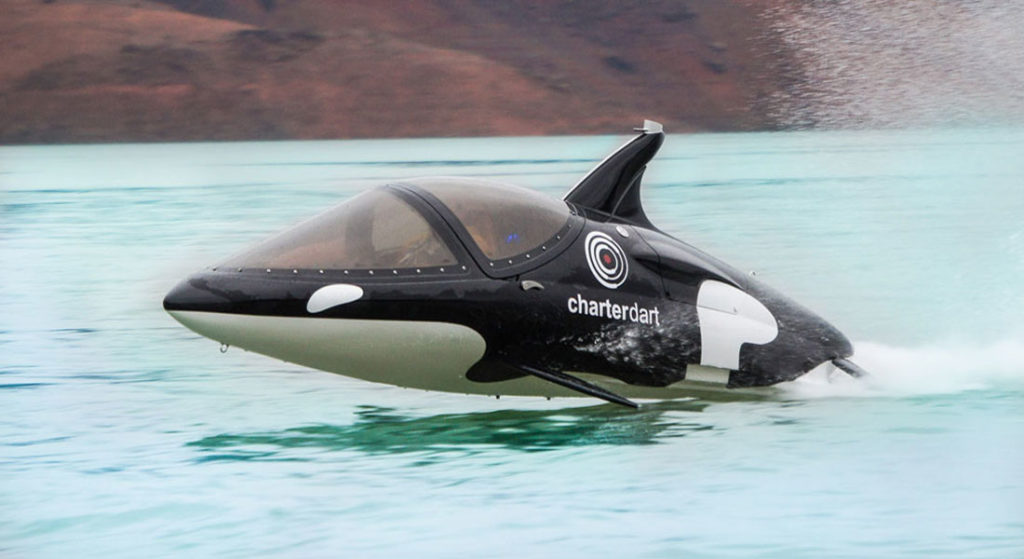 Yacht owners and crew have expressed interest in the Seabreacher in recent years. It’s for good reason, since it’s a cool semi-submersible watertoy. But, there were a few features missing that both parties wanted to have. So, who better to work with the manufacturer to develop a superyacht-specific model than yacht crew? The Barcelona-based charter firm Charterdart got their feedback in collaborating with Seabreacher’s creator, Innespace Productions, for the new Seabreacher S.

Ten years of work went into the first Seabreacher models, termed the Seabreacher X, Y, and Z. The Seabreacher S measures the same length as them, 16 feet (5 meters). It also comes in the same fun shapes, namely a killer whale, a dolphin, and a shark. Furthermore, you can make the Seabreacher S leap out of the water, do barrel rolls, and dive, all while remaining dry in the covered cockpit.

The changes exclusive to the Seabreacher S include a 300-hp supercharge engine. That allows for a 34-mph (60-kph) top speed. The cockpit cover is slightly different, too, being more of a bubble shape. This permits panoramic views, letting you look around to see the reactions of friends and family (and perhaps keep mindful of where the yacht is situated). The Seabreacher S also has AIS tracking, a VHF, and a lifting cradle, the latter for launching off and retrieving back onto the yacht. For fun, there’s a marine-grade stereo system. For even more fun, since each toy is made to order, you can request graphics matching your yacht.

Brian Hardman, founder of Charterdart, has a convincing argument for those of you who offer your yacht for charter. “Being distinct and out-of-the ordinary will inevitably help you yacht stand out and win higher charter rates,” he says. “Unique yacht toys can ensure that guests leave with lasting memories of unforgettable experiences.”

The new Seabreacher S is exclusively available through Charterdart. Availability starts in Europe in December. Here’s a sneak preview.