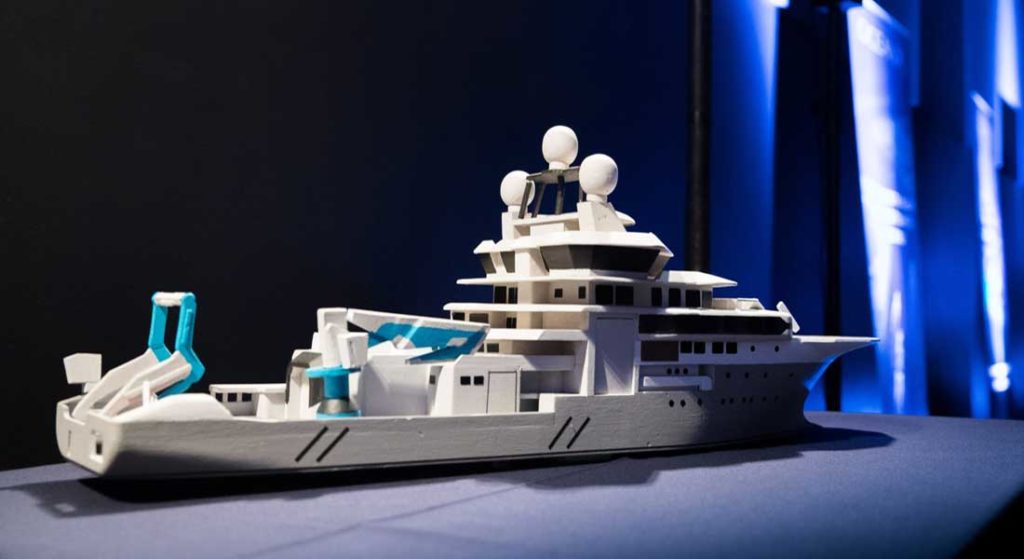 For nearly a decade, the 184-foot (56-meter) motoryacht Alucia has pursued missions. She has helped scientists and the general public learn more about the oceans. Specifically, fitted with filmmaking equipment and deep-diving submersibles, she’s enabled exploring the farthest reaches and depths. Now, the team behind her is taking things to a new level. Their new mission, OceanX, will take them, and us, to more unexplored areas. In addition, they’ll do so aboard a new vessel, Alucia2.

Alucia served the media-production company Alucia Productions for seven years. Together, they promoted public awareness of marine and oceanographic conservation. In fact, Alucia Productions and Alucia helped make the global television sensation Blue Planet II possible. In addition, in 2012, Alucia helped scientists capture the first-ever video of a giant squid, a.k.a. Architeuthis, in Japan. The list goes on.

Alucia Productions is now OceanX Media. “We plan to bring you the excitement of ocean discovery the way The Undersea World of Jacques Cousteau did,” says Mark Dalio, founder and creative director of OceanX Media. The company will do so via museum exhibits, interactive gaming, virtual classrooms, and virtual reality. The goal is to “inspire a human connection to the sea,” Dalio explains. 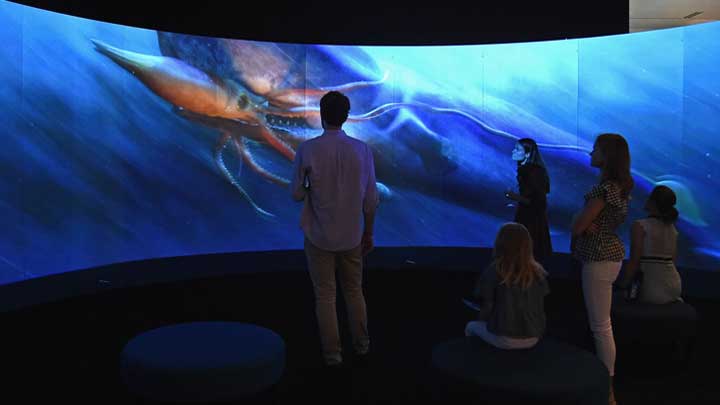 The larger OceanX firm will open a variety of doors to researchers and regular citizens alike. For instance, it will invite academics and scientists out into uncharted regions, enabling them to map the areas. They will get to observe rare deep-sea species, and even pursue scientific and medical breakthroughs. In turn, they’ll share their discoveries with the public through the above-mentioned exhibits and media.

How? Alucia2 will make it all possible. Measuring 276 feet (84 meters), she’s currently under construction for completion early next year. Indeed, she is a conversion of an existing vessel, with redesign by Gresham Yacht Design. Film-editing suites, along with dry and wet marine research labs, will be onboard. In fact, director and ocean advocate James Cameron consulted with OceanX to give Alucia2 her filmmaking capabilities. Additional Hollywood production engineers provided input. “With OceanX and Alucia2, we will reignite global passion for and curiosity about the ocean in our global, digitally-connected age,” Cameron says.

Furthermore, Alucia2 will carry deep-sea subs as well as helicopters and drones. “I believe that ocean exploration is more exciting and important than space exploration,” says Ray Dalio, OceanX’s founder. “We are on a mission to show people that.”