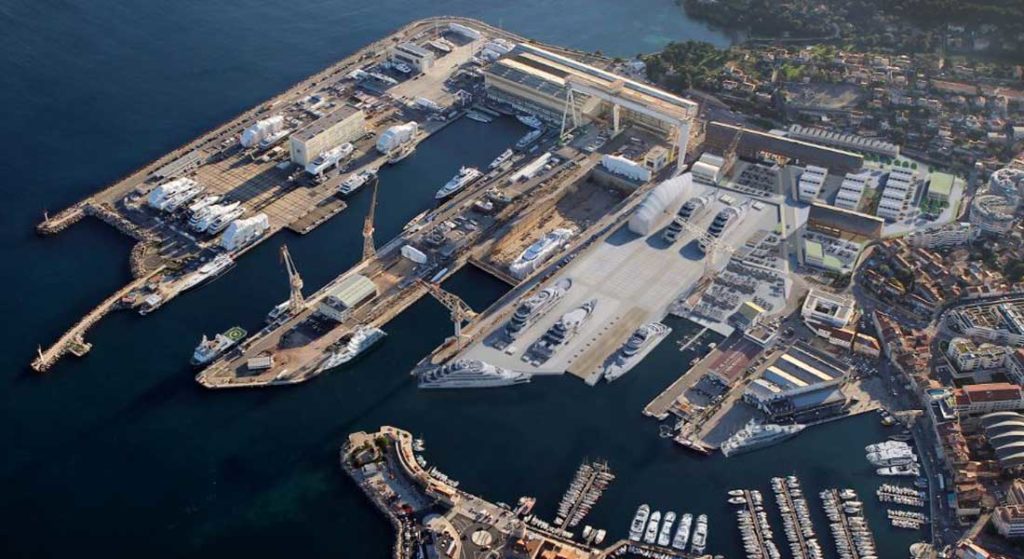 A brand consolidation is underway in France. Now that MB92 has the rights to yacht refit work at La Ciotat Shipyards, it’s bringing all operations there under its name. Therefore, Compositeworks, which is at La Ciotat, will no longer have a separate identity. It will soon be part of a new brand, MB92 La Ciotat.

MB92, which previously only operated in Barcelona, acquired the majority stake in Compositeworks in November of last year. The staffs at the two locations worked closely from that period onward. They further identified several similarities in their business approaches. Because of this, and because management wanted to make the relationship clear to customers, a name change simply made sense. After all, MB92 bought out Lürssen for the La Ciotat usage rights just this past July.

To make things even clearer to customers, the MB92 Group, as the parent company is called, will begin referring to the Spanish location as MB92 Barcelona, and the French location as MB92 La Ciotat. The logo for the latter will employ a blue color, long identified with Compositeworks. On a related subject, that logo will resemble the shape of France, too.

If you’ll be at the Monaco Yacht Show later this month, you’ll see the new branding. Remaining unchanged, though, is the business approach, as well as personnel. Ben Mennem, the founder of Compositeworks, is now managing director of MB92 La Ciotat. Regarding clients, “I am eager to demonstrate to them the benefits of working with the two largest superyacht-refit facilities in the Mediterranean,” he says.

Combined, MB92 Barcelona and MB92 La Ciotat have 250 employees. The latter site alone has a dry dock measuring 656 feet by 197 feet (200 meters by 60 meters). It can accommodate megayachts measuring more than 262 feet (80 meters). Also significant, a 4,000-ton lifting platform is coming to La Ciotat Shipyards by 2021. The photo at top includes a rendering of where it will go. MB92 La Ciotat has already submitted a proposal to become the main user.

UPDATE, SEPTEMBER 26: MB92 La Ciotat has received exclusive usage rights to the above-mentioned lifting platform. The agreement is for 35 years.