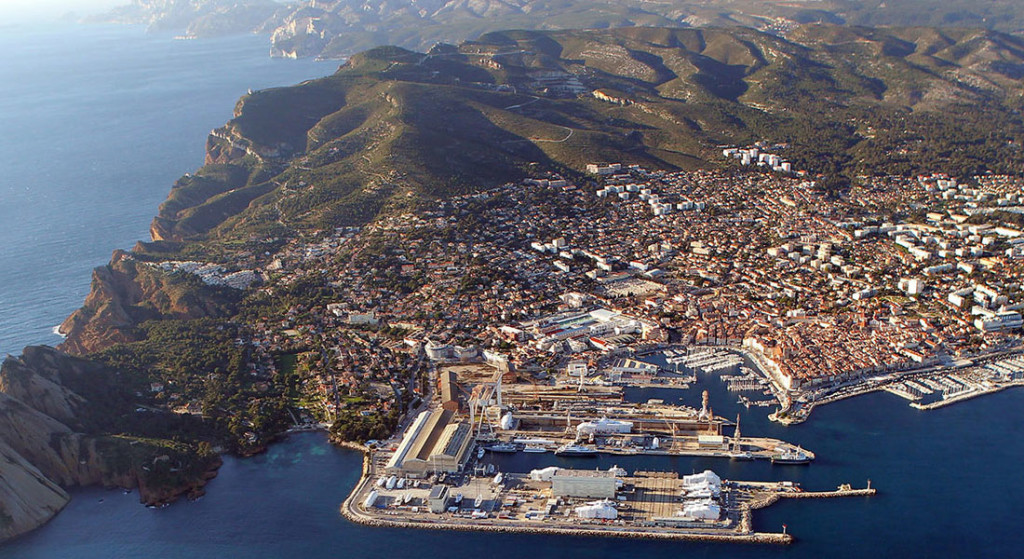 By the end of September, the name Blohm+Voss La Ciotat will be no more. Instead, the French facility will carry the branding of Marina Barcelona 92, a.k.a. MB92. MB92 is buying out the majority share held by Lürssen Maritime Beteiligungen GmbH & Co. KG, the parent company of the yacht builder Lürssen.

Specifically, MB92 is acquiring the 51-percent stake that Lürssen holds in Blohm+Voss La Ciotat. This gives it the exclusive operational rights for the significant-size dry dock on the site. That dry dock measures 656 feet by 197 feet (200 meters by 60 meters), meant to attract owners and captains of megayachts exceeding 262 feet (80 meters). The structure can accommodate up to four megayachts at a time, depending on their LOAs. In addition, MB92 gains control over eight buildings, in which 45 subcontractors can provide services.

The Blohm+Voss La Ciotat branding goes back to June 2016. That’s when Blohm+Voss, still operational in Germany at the time, signed an agreement with SEMIDEP, which manages La Ciotat Shipyards, to operate the dry dock. Lürssen acquired Blohm+Voss a few months later, however. Naturally, this led Lürssen and SEMIDEP to talk about the future of the dry dock. Lürssen intended to use the site for commercial- and naval-ship construction and refit, along with yacht refit and repair. Simultaneously, Lürssen informed SEMIDEP that it was speaking with Barcelona-based MB92 about collaborating. The latter pledged to take some of its large refit projects to La Ciotat. That collaboration became formal in February 2017, when Lürssen and MB92 agreed to jointly operate the dry dock.

The new buyout does not negate the partnership between the two companies, though. In fact, MB92 says it remains committed to working with Lürssen both in La Ciotat and in Barcelona.

On a related note, MB92 further owns Compositeworks, with facilities in La Ciotat as well as La Rochelle. Once the Blohm+Voss La Ciotat deal closes, all of its employees and activities will merge with those of Compositeworks, under the parent company umbrella.

MB92 has its eyes on the long-term future, too. It reveals it would like SEMIDEP to award it majority use of a 4,000-ton platform set for installation in La Ciotat. That platform is still a ways away from delivery, 2021.