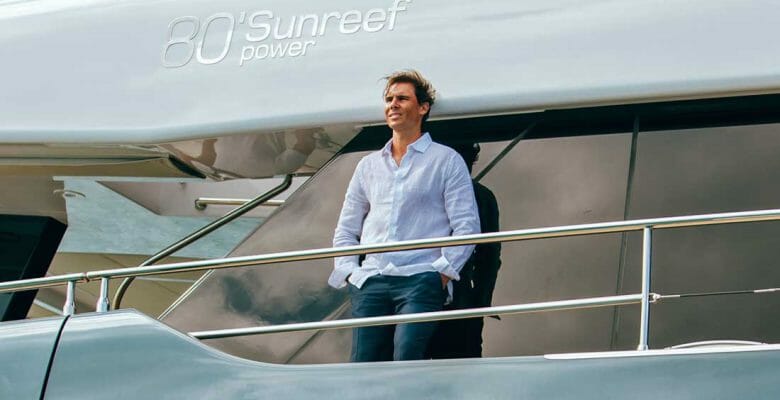 UPDATE, JULY 25, 2021: Add Jennifer Lopez and Ben Affleck to the list of celebs summering aboard a superyacht. They’ve been seen aboard the 279-foot (85-meter) Valerie in the South of France, celebrating J.Lo’s 52nd birthday. In fact, J.Lo herself shared photos taken onboard on her Instagram account.

While second-hand and new megayacht sales have risen sharply over the past year, charter and cruising have seen surges, too. Anchorages from New England to Greece are entertaining all sorts of yacht-goers, including Hollywood heavyweights and elite athletes. Here’s a sampling of who’s summering aboard a superyacht this season.

What’s better than one celebrity summering aboard a superyacht? Try several onboard at once. Earvin “Magic” Johnson and his wife Cookie love to charter, and for the past few weeks they’ve cruised Italy and other Med stops with famous friends in tow. Specifically, Samuel L. Jackson, LL Cool J, their wives, retired athlete Rodney Pete and his wife, actress Holly Robinson Peete, plus another couple were chartering Aquila. Their social media accounts are peppered with them having fun together, including throwing a Dream Girls-themed party on deck. LL Cool J even shared a video (below) of them celebrating their friend’s birthday, with the crew. Notably, this same group of friends was summering aboard a superyacht in 2019, too. In fact, they chartered Aquila.

The tennis champion withdrew from Wimbledon earlier this summer and is not participating in the upcoming Tokyo Olympics, either, to get some rest. He’s taken some R&R so far aboard his own yacht, Great White (top), a Sunreef 80 Power. A native of Spain, Nadal has been cruising the Balearic Sea.

European music fans may be more familiar with Robbie Williams than Americans are. Regardless, he and his wife have been in Greece, along with a few friends, on a charter. The couple was in St. Barths just after New Year’s Day on another charter, too. Interestingly, Williams knows the ownership side of megayachts as well. He bought a Riva 115 Athena in 2008, christening her My RW. He’s since sold her, however.

The famous couple has been summering aboard a superyacht in the Med, with Zeta Jones sharing videos on Instagram of herself doing yoga on deck and swimming.

The singer was aboard Leight Star in Marina Del Rey, California, for the Fourth of July with several friends. Similarly, she shared photos and videos with her millions of Instagram followers, dancing and posing on deck.