You are here: Home / Charter & Cruising / Celebrity Spotting on Superyachts 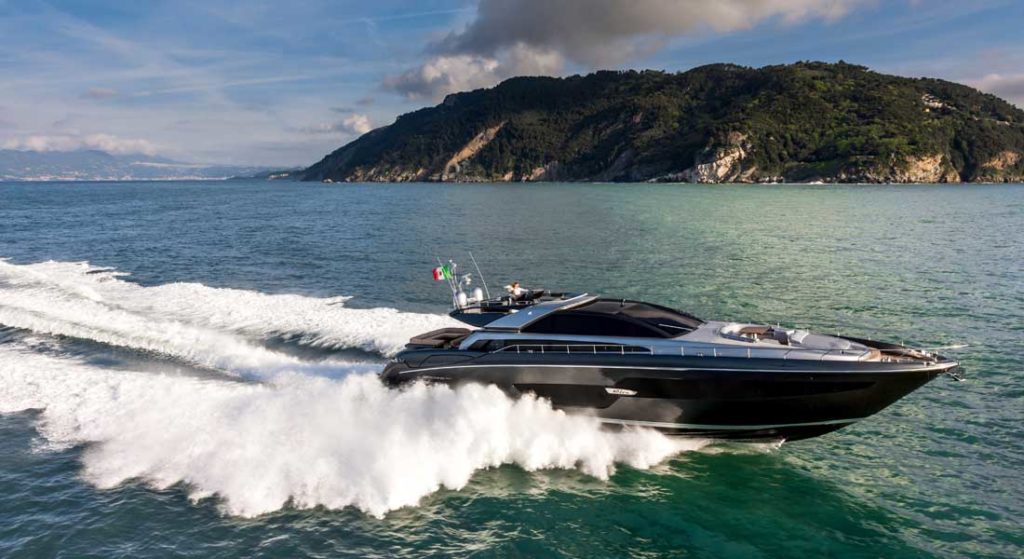 Summertime is prime vacation time. That means it’s also prime celebrity spotting on superyachts time. Here are just five of the famous folks who have enjoyed the luxurious cruising lifestyle over the past several months.

James Packer. The Australian businessman has long enjoyed cruising. While he has been awaiting his new Benetti, he spent time this summer with his girlfriend aboard Mischief. The 171-foot (52-meter) megayacht, which charters, belongs to fellow Aussie mogul Ian Malouf. As for Packer’s Benetti, some media reports state the name is IJE, representing the initials of his children. Regardless, she’ll make for some good celebrity spotting on superyachts. Packer has spent time with Hollywood heavyweights.

Manny Diaz. Manny Diaz is a household name in college football. Specifically, he is the coach of the University of Miami. He and his staff arrived at a promotional tour in the city in late spring in style. They were on the flying bridge of a Riva 88 Domino Super, like the one above. The megayacht belongs to an alum of the university and, not coincidentally, a supporter of the football program.

Holidays with my family in France Riviera Enjoy the views 😀❤️👌🏻☀️⛴

Wladimir Klitschko. In late June, the former champion boxer and his family were chartering UM7, a Sunseeker 92 Predator, in Spain. Thankfully, they escaped unharmed. “Be careful what you wish for,” Klitschko tweeted a few days later. “Fate took my wish for ‘some #adrenalin’ a bit too literally and our boat trip Sunday night ended up in our boat #igniting and family & friends being evacuated by coast guard and fire rescue team. No worries: we are all fine!”

Cristiano Ronaldo. Celebrity spotting on superyachts doesn’t get much easier than this. The soccer star and his family shared multiple Instagram posts (above) when they chartered Africa 1 in the French Riviera in June. They had a great time, too, aboard the 154-foot (47-meter) Benetti, judging from shots of them on the PWCs, in the hot tub, and on the inflatable slide.

Will Smith and family. Actor Will Smith, his wife and fellow actress Jada Pinkett Smith, and their kids cruised in Greece and Italy a few weeks ago. The yacht’s identity remains unknown. Regardless, Will Smith shared videos of them having fun together on Instagram, even teasing them that they were a bit too relaxed:

They better hope this Trends!

Rod Stewart. The seemingly ageless singing superstar was spotted in Portofino just this weekend with his family. They have been cruising aboard the 139-foot (42.6-meter) Emotion 2, starting in the South of France.