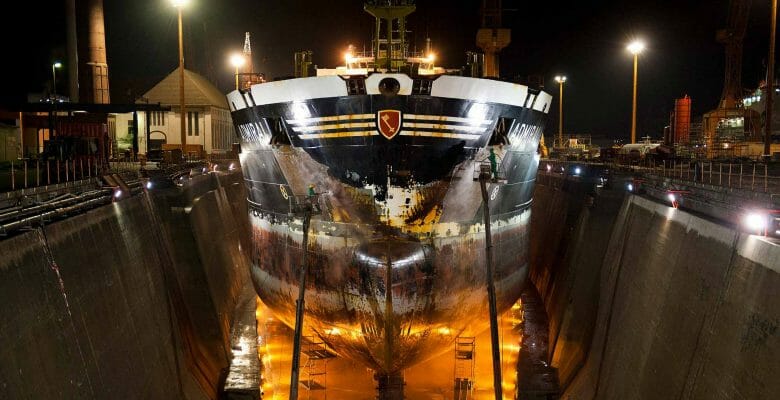 UPDATE, MARCH 9, 2022: On March 5, the insolvency administrator overseeing Lloyd Werft announced an agreement with two local German companies that jointly will acquire and operate the shipyard. They are Heinrich Rönner Group and Zech Group. Both are active in heavy steel construction on land, with Rönner additionally constructing hulls, superstructures, and other components for yachts. The parent company for Lloyd Werft, Genting Hong Kong, filed for insolvency in January, after the shipyard did.

Germany-based Lloyd Werft, dating back more than 200 years and builder of the world’s largest megayachts, has filed for insolvency.

The filing took place on January 10. The news is not entirely unexpected, though. Last February, speculation centered on Solaris being the shipyard’s last superyacht delivery. While Lloyd Werft previously built other yachts, too, such as Luna, its primary business was constructing cruise ships. When the pandemic hit, however, cruise corporations took big hits. Many of them cancelled contracts for new vessels and deferred service and upgrade work on existing ones. This, in turn, led to work at the shipyard drying up. Representatives from the German government, the craftspeople’s unions, and employee representatives held discussions last year about potential rescue plans. Despite that, the yard’s managers informed staff that its doors might close by the end of 2021 without new ownership or proper funding.

A court in Bremerhaven, the city where Lloyd Werft is located, is overseeing the insolvency. Currently, the shipyard has about 300 employees.

Notably, the shipyard could find a buyer, due to reports that a few companies wish to acquire it. Similar reports came out last February.

Lloyd Werft has been in operation since 1857, making it among the oldest shipbuilders in Germany. Hong Kong-based Genting Hong Kong acquired a majority stake in it in 2015, and then took full control in January 2016. Genting acquired two additional German commercial shipyards in 2016, intending all three to contribute to its goal of building and operating cruise ships. Financial troubles impacted Lloyd Werft in 2017, with a restructuring leading to more than 100 of its 400-person workforce being laid off. The ensuing years saw yacht contracts like Solaris as well as cruise-ship contracts come its way.