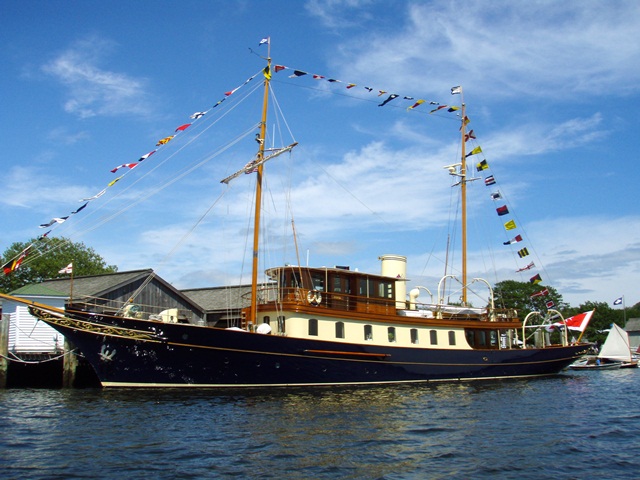 UPDATE, OCTOBER 17, 2012:  The classic megayacht Atlantide has found a new owner. She retains her name and will carry the U.S. flag. David Campbell of Freedom Marine says that during the four months his firm had the listing, she showed well and attracted three offers.

Read on for our original article, and slideshow. 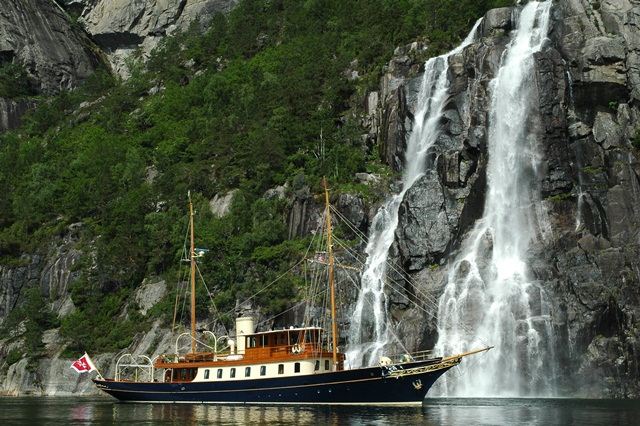 “Atlantide is perfect as the gentleman’s cruising yacht; she has crossed oceans, cruised north and south in both Atlantic and Pacific, in comfort and safely.  Literally, she is the star of the show wherever she arrives in a new port. Crowds of people gather to admire her. If a individual wants a boat to deliver ‘pride of ownership,’ it would be hard to beat Atlantide, even when up against Russian oligarchs’ megayachts. And she sails!”

Tom Perkins, owner of the classic megayacht Atlantide, said this last week regarding his 122-footer (37.28-meter), which he just listed for sale. While other fine megayachts are on the market, Atlantide has a history that sets her apart.

Atlantide launched in 1930 as Caleta for Sir William Burton, an Englishman passionate about yacht racing. In fact, Burton was the helmsman aboard Shamrock IV, the famed J-Class yacht that vied for the America’s Cup in 1930. He also owned a number of 12-meter racers, commissioning Caleta  to accommodate him and his guests during regatta. Burton tapped Alfred Mylne, founder of A. Mylne & Co., to draw her lines and Philip and Son (now defunct) to build her.

As was the case with many megayachts during wartime, Caleta pressed into service for the Royal Navy in 1939. She famously assisted with the evacuation of British troops during the battle of Dunkirk the following year. When the war ended, Caleta returned to private service. A Greek gentleman purchased her, christening her Ariana. Movie buffs may recall the megayacht’s role in the 1962 film Tender Is the Night. As Corisande at that point, she was on screen with actress Jennifer Jones and actor Cesar Danova. 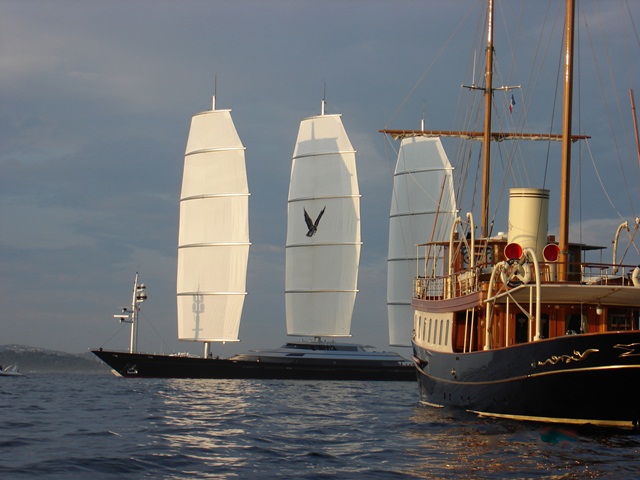 The yacht gained the name Atlantide in the 1980s under Italian ownership. Perkins acquired her in 1998, preserving the name. Given her age, Atlantide was in need of a thorough refit, so Perkins also preserved her history by commissioning a complete rebuild. Some of the work occurred quite close to where Atlantide was originally built, by the Gosport shipyard of Camper & Nicholson. That’s where her superstructure was rebuilt and the interior, redesigned by Ken Freivokh Design to remain Art Deco accurate, was restored. Meanwhile, Manoel Island Shipyard in Malta refurbished her hull.

The following year, Atlantide relaunched as a proper gentleman’s motoryacht. Perkins has been using the megayacht ever since. Until 2005, Atlantide served as a support yacht to his racing schooner Mariette, and in subsequent years she often accompanied his famed Maltese Falcon (above). Of course, Perkins also cruised Atlantide on her own, venturing throughout the Med and the Caribbean, exploring both the Atlantic and Pacific coasts of Canada, and even traveling through northern Norway.

Here are a few views of the classic megayacht Atlantide, including her accommodations. She’s listed exclusively with Freedom Marine. 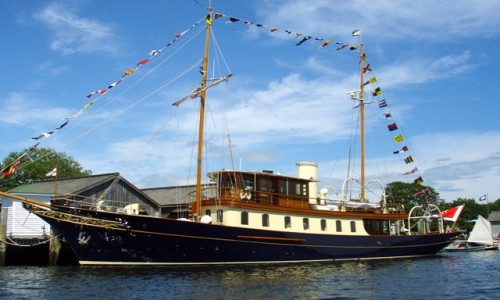 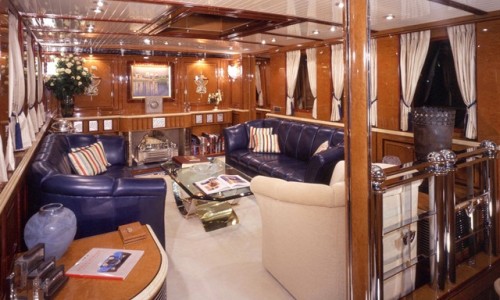 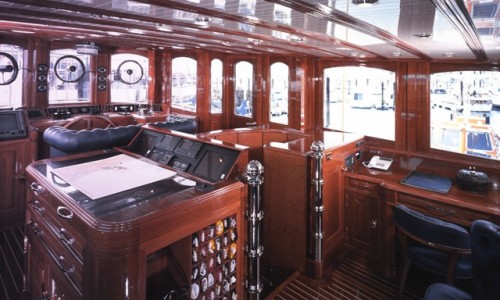 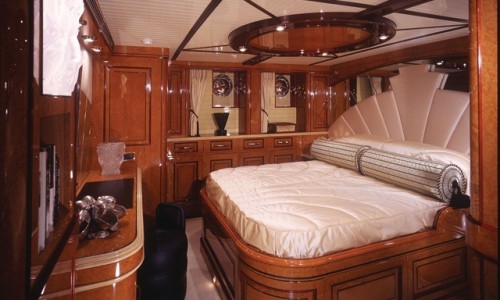 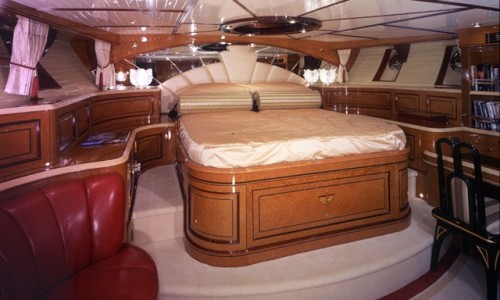 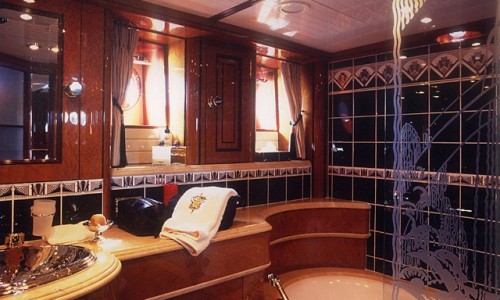 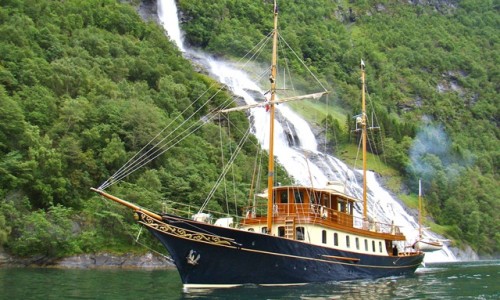