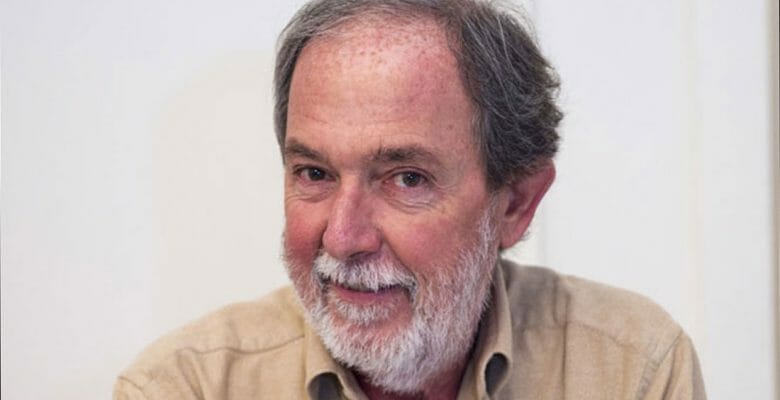 Globally famous now for designing Azzam, the world’s longest superyacht, Mario Pedol is a veteran of the industry. He has seen it grow from every angle, experiencing every aspect in his long and highly accomplished career. Now running Nauta Yachts, working and living in Milan, Italy, he has won the respect he justifiably deserves. Here he speaks frankly to us as part of our Leadership Series.

MegayachtNews.com: How did you first become involved in designing yachts?

Mario Pedol: I was already the Italian agent for the British brand of Oyster in 1978, when I decided I needed to know more about boats. I signed up for a new yacht design course in Milan. That led to an internship with Scott Kaufman yacht design in New York.  I came back to Milan in 1983 and was contacted by a client to who I had sold an Oyster 37 before I left. He wanted a larger boat but Oyster had nothing to offer him so I designed a 54 footer and with Massimo Gino, we set up Nauta Yachts to build her. No sooner was she completed and delivered, our second one sold two months after appearing in the Genoa Yacht Show.

MegayachtNews.com: Why did you stop building yachts?

Mario Pedol: Five more Nauta 54s sold before My Song was built as a Nauta 70. That was in 1990, and we went on to build three more 70s. Then in 1992 here in Italy, the economy collapsed, following a scandal involving politicians that led to the collapse of the government. It was then that we started to concentrate solely on design.

MegayachtNews.com: How did your design business grow?

Mario Pedol: It began with mainly one-off commissions like the 90-footer ordered by a Nauta 70 owner. Then there was the 84-footer, which was launched as the next My Song and was built in New Zealand. I started my ongoing relationship with the Southern Wind Shipyard in 1995.

MegayachtNews.com: Who handles your naval architecture?

Mario Pedol: We do not do the naval architecture work for any of our sailing yachts because we believe it is important to use the very best of professionals in the racing world to undertake this work. We have developed a close working relationship with like Farr Yacht Design, Reichel-Pugh, and Judel-Vrolijk.

MegayachtNews.com: What about motorboat designs?

Mario Pedol: We had designed the interior of Bertram yachts in the mid-90s, but did not design a motoryacht until I started in working with Toy Marine during 2003. They asked for lobster-style boats that could be used in the Mediterranean. First we drew the 36, and then we created a range of 47-, 51-, and 68-foot boats. I still work with them, building yachts in Savona.

MegayachtNews.com: How do you get this sort of work?

Mario Pedol: Renzo Piano, an architect famous for designing the Shard in London, asked me to design a yacht with him for his own use. The result was Kirribilli, a 72-foot sailing boat that we built in Punta Ala in Tuscany and launched during 2006. He introduced me to one of his clients who worked in real estate and wanted a big 230-foot motoryacht. We chose Fincantieri as the yard to build her, and in 2006 signed letter of intent, and then signed a contract in March 2007. Known as Project Light, unfortunately it was put on hold by the client in February 2008.

MegayachtNews.com: Was that the end of that?

Mario Pedol: For Project Light, yes, but it did lead on to a commission to design Azzam! Perhaps you have heard of her?

MegayachtNews.com: Have you given up designing small yachts?

Mario Pedol: Far from it! I still work with the Beneteau Group, where we have 20 models in production, including catamarans. There are two yachts building at Baltic, two with Southern Wind, the 108’ CDM Nauta Air Explorer Yacht for Cantiere delle Marche, and we are working on the interior of a Moonen 120. And that’s just some of it!