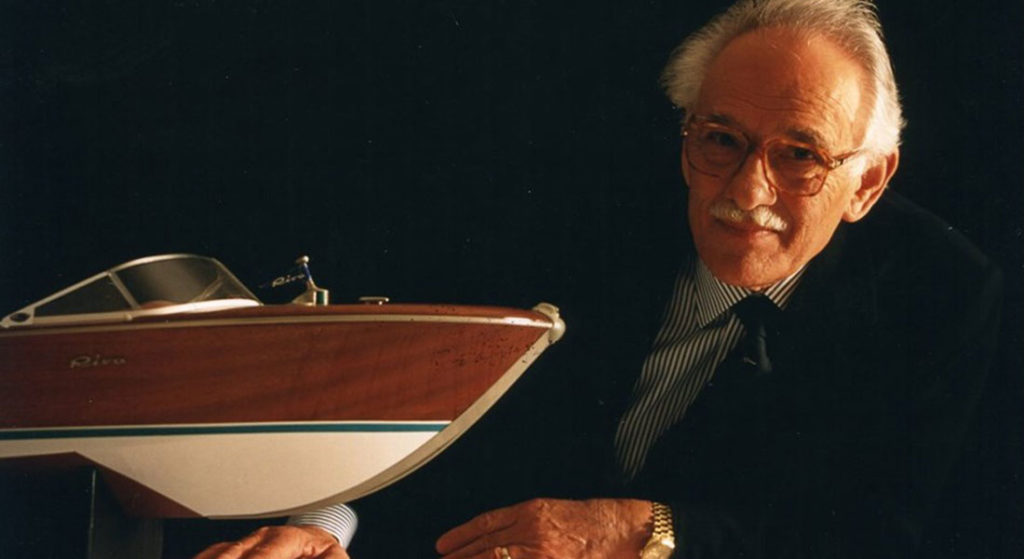 The yachting industry, and indeed yacht lovers around the world, lost a legend today. Carlo Riva, who took his family business, Riva, to global prominence in the 1950s, died today in his native Sarnico, Italy. Often called the Engineer by Riva staff, he was 95 years old.

The shipyard met with great success through the 1920s and 1930s, with its boats setting records and crossing finish lines first throughout Italy and other countries. Simultaneously, a young Carlo Riva was growing up, enamored with the family business. He took over operations in the 1950s. In fact, in 1954, he established the facility in Sarnico where Riva continues to operate to this day. (On a related note, there’s even an office for Carlo Riva, where he reported well after retirement.) Furthermore, Carlo Riva decided that Rivas should be pleasureboats and even status symbols, no longer racing craft or commercial craft. He began designing mahogany boats, like the one below. 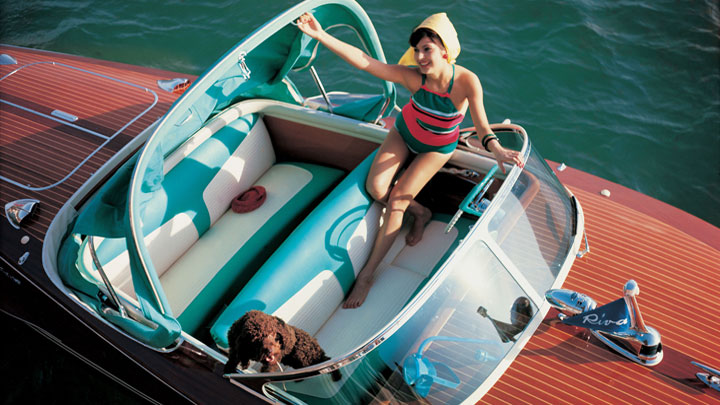 The 1950s saw the creation of famed Riva models like the Ariston, which resulted in more than 1,000 deliveries over 20 years. Then there was the Tritone, the first twin-engine boat and largest of all the Riva pleasureboats at the time: 26 feet (8 meters). Furthermore, thanks to the late Prince Rainier III of Monaco, the Tritone gained additional prominence. A relative of the price commissioned a Tritone as a gift for him in 1958. The Prince so enjoyed the boat that he invited Carlo Riva to come to the palace, so he could personally convey his admiration. A quick friendship formed, and the prince permitted Carlo Riva to use the tunnel belonging to the Monaco Boat Service to store his boats.

Arguably most famous of all, however, was the Aquarama. Introduced in 1962, the Aquarama was the “it” boat for celebrities, royalty, and more. Indeed, Brigitte Bardot, Sean Connery, Sophia Loren, and Richard Burton were among the loyal owners. Twenty-one Aquaramas were built in the first year of production alone. The last Aquarama, hull number 784 from the 1990s, remains in Riva’s own museum in Sarnico.

The 1960s saw a shift from wood to fiberglass for pleasureboat construction, so Carlo Riva followed suit, in 1969. Before departing the business in 1972, he also established Riva Boat Service, for sales and tech assistance. Even though he no longer ran the company, though, Carlo Riva remained an active presence. He even attended the launch of the new Rivamare last year in Sarnico. And, he lived long enough to see the initial construction stages of the first Riva superyacht in steel and aluminum, a longtime dream come true. (The project launches next year.)

“The world lost a brilliant creator of boats, a master of style, a giant of Italy’s industrial and business history,” says Alberto Galassi, CEO of Ferretti Group, Riva’s parent company. “I, personally, lost a teacher, an example of ingenuity, commitment, and love for the job.”