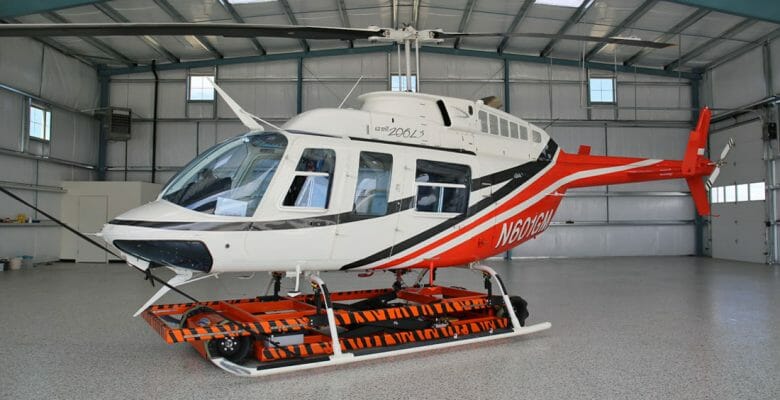 Megayacht owners and crew want, and need, increasingly sophisticated solutions for stowing and moving tenders and toys. As a result, new companies are coming into the industry. One such company is Tiger Tugs, which designs and constructs remote-controlled transporters (tugs) to move skidded helicopters around in airports. While serendipity brought Tiger Tugs to yachting, it’s making a mark with some additional high-profile customers.

The American company learned about the megayacht market several years ago. That’s when the representatives of Octopus reached out. The 414-foot (126-meter) yacht totes a Eurocopter EC145. While Octopus has a certified helipad, sometimes the crew needs to reposition the copter. It’s no easy task, however. The EC145 is about 43 feet (13 meters) in length and, when empty, weighs nearly 4,000 pounds. Tiger Tugs’ remote-controlled tug makes it far simpler to push, pull, and even turn the helicopter. At the press of a button, the tug rolls between the skids, and gently clamps onto them. The crewmember then uses the remote-control unit to direct the tug where to go.

Tiger Tugs’ second megayacht customer is also pretty high-profile: Ulysses. Equipped with a Bell 429 copter, Ulysses further has a heli hangar. The owners and crew wanted to turn the helicopter sideways to fit inside the hangar properly. Tiger Tugs created the Typhoon model. It’s pictured at top, and demonstrated in the video above. It’s reportedly the first helicopter tug that can move in any direction, including slide sideways. In addition, the Typhoon can rotate a full 360 degrees on its own axis.

Steve Hill, Tiger Tugs’ president and CEO, says his team is currently working with two more megayacht customers on custom helicopter tugs. Coincidentally, both have heli hangars. Furthermore, and even more interesting, Hill is fielding inquiries from megayacht clients about moving other craft around onboard. These include personal submarines.