You are here: Home / Videos / Timelapse Build of Lonain: #1 Superyacht Video of 2018 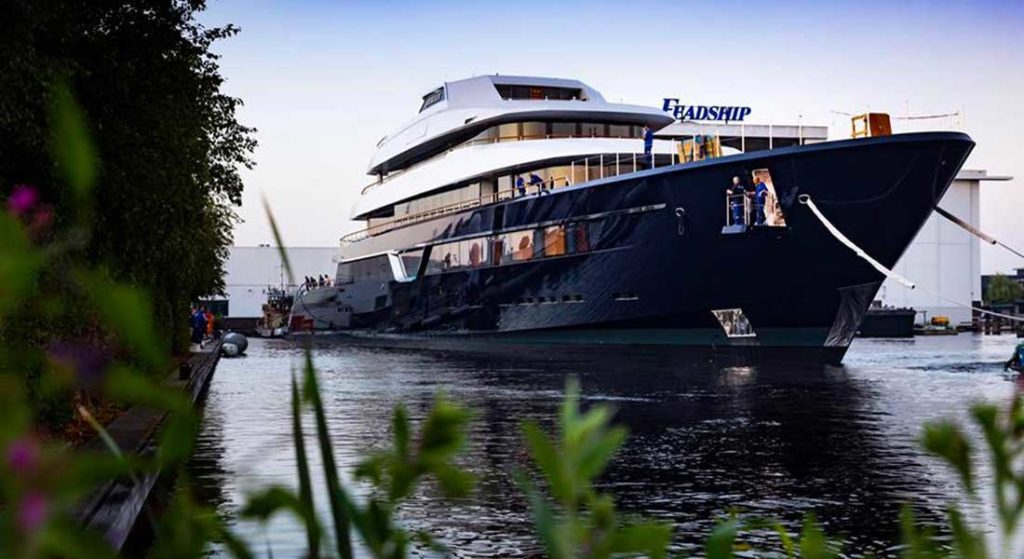 When a video has 2.5 million views, it’s definitely, unequivocally, gone viral. Consider, too, that these 2.5 million views have occurred in less than six months. In fact, they’ve occurred just since July 16. That’s when Feadship uploaded the timelapse build of Lonian to its YouTube channel. When we sorted the list of all the megayacht videos uploaded this year to the popular online service, Feadship’s Lonian footage took top viewing honors.

If you decide to investigate yourself, we have a caveat. There’s actually another megayacht video on YouTube, uploaded this year as well, with more views. However, it’s only a series of photos. (In fact, the photos are from the official publicity photo shoot.) In the interest of focusing on true video, versus slideshows, we disregarded anything lacking moving visual images.

Plenty of moving visual images makes up the timelapse build of Lonian. From the first welded plates of her superstructure to her hull sections coming together, you get a fascinating inside look at the process. Delivered earlier this year, the 285’5” (87-meter) Lonian was a three-year build. The footage reveals major milestones along the way. For example, you see each deck of her superstructure carefully go atop the other. Tenting goes around her, for the first protective coating of her aluminum and steel components. She then slides out of her construction shed. All of this occurs within just the first two minutes of the video, too—well before interiors, floors, and more come aboard.

Our favorite part of the timelapse build of Lonian is actually not technically a construction stage. Note around the 2:45 mark how, when she’s heading to her final fit-out at Feadship, she comes oh so close to the edges of a loch.

Enjoy the video. As you watch, we think you’ll agree with our conclusion. The timelapse build of Lonian provides people like seeing megayachts in all sorts of states.