You are here: Home / Yachts / Motoryachts / An Inside Look at Project Ragnar, at Icon Yachts 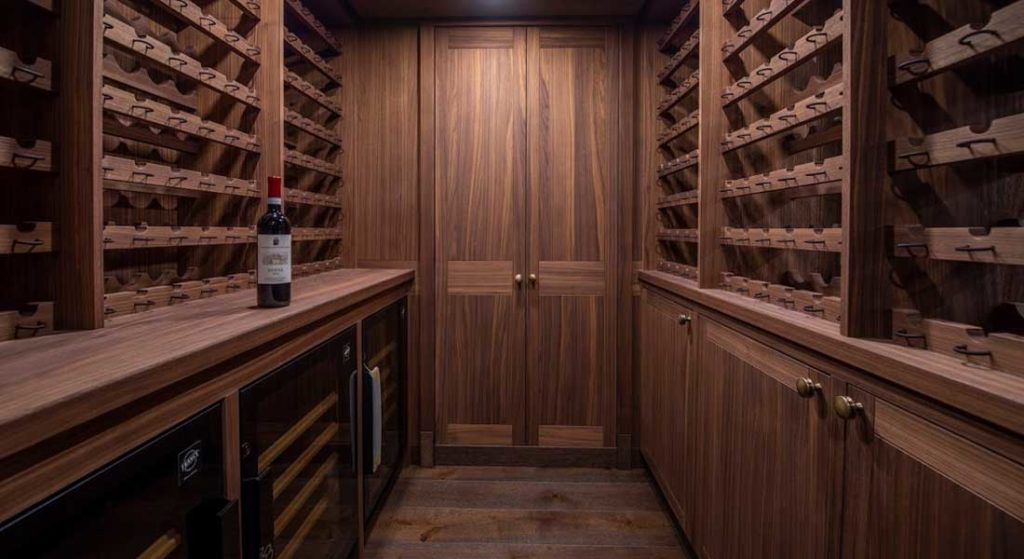 Many megayacht owners enjoy a glass or two of wine, and of course serving special vintages to their guests. Judging from photos so far of Project Ragnar, the owner is more than just a casual consumer. Check out the dedicated wine-stowage area (really, more like a room) aboard the megayacht in the image below. The individual holds may be empty (at least for now), but they can put away up to 450 of the finest bottles of wine in the world. This is just one inside look at Project Ragnar, as she prepares for launch at Icon Yachts. 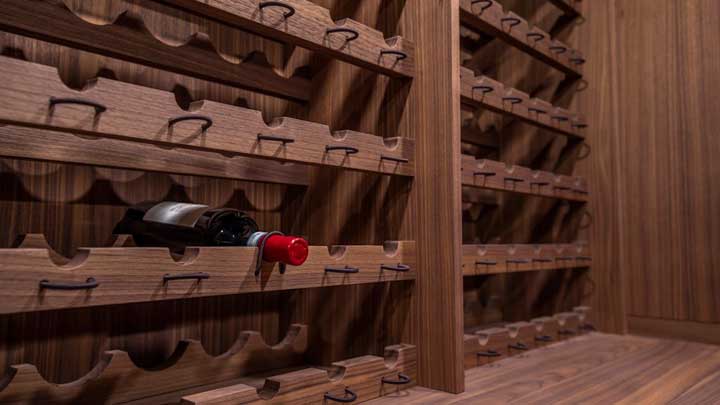 A commercial vessel converting into a private yacht, Project Ragnar has been, in Icon Yachts’ own words, one of its most exciting jobs to date. She’s been at the shipyard for nearly two and a half years now. The 223-footer (68-meter) was initially a multipurpose support supply vessel with an ice-breaking hull, launched in The Netherlands in 2012. In fact, the hull met Polar Code 5 standards. This meant that the vessel, christened Sanaborg, could operate all year long in medium first-year ice conditions.

Interestingly, as Project Ragnar, the megayacht will keep an ice-class hull, since she’s set for some extreme adventures. However, she’ll have a lot of luxury areas, too. Another inside look at Project Ragnar that we can give you is the ceiling detail as seen below. The owner chose RWD to create niceties like this, highlighting saloons, dining areas, and staterooms (which include two master suites and six others for guests). While we can’t yet share full room renderings, suffice it to say that the yacht will additionally include a spa. 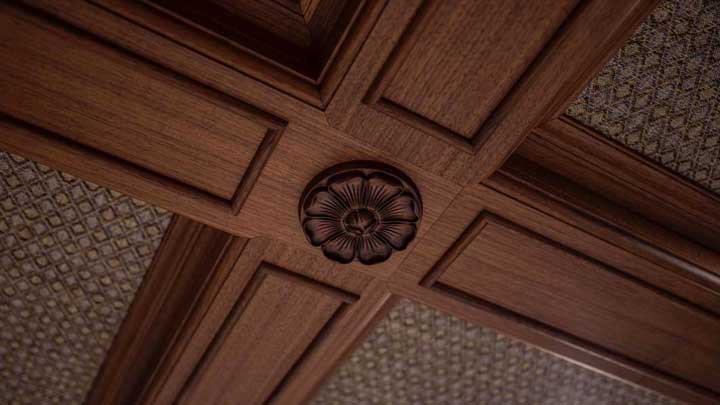 We anticipate giving you another inside look at Project Ragnar, so-named after a Viking king and warrior, after she hits the water. Icon Yachts will launch her this month.