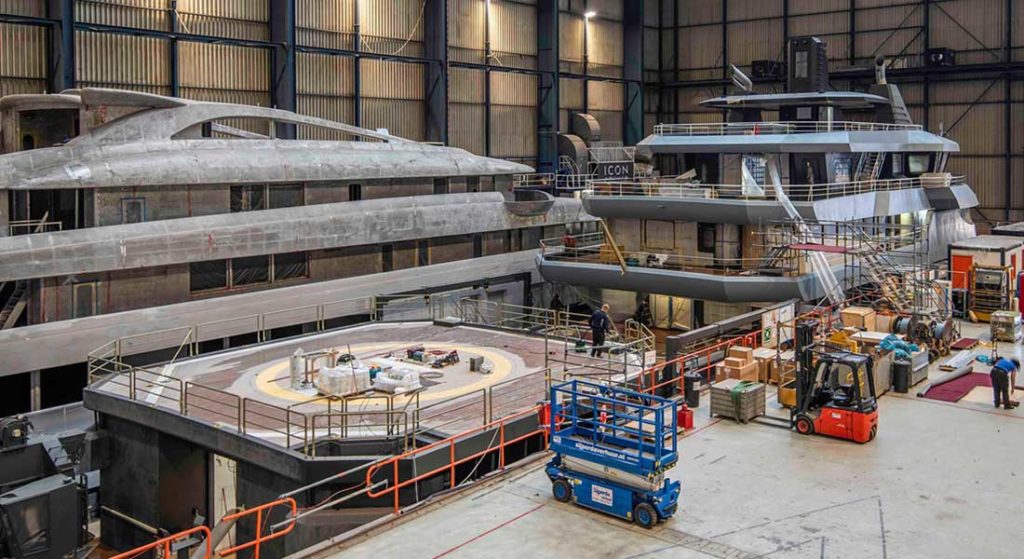 After about two years, a former icebreaking commercial vessel is rapidly approaching launch as a luxury adventure cruiser. Project Ragnar, the robust-looking conversion, is in the proverbial home stretch at Icon Yachts.

To call Project Ragnar a refit is an understatement. She is really more of an extreme makeover, given her previous life. Constructed as Sanaborg, the 223-footer (68-meter) towed and pushed cargo barges while breaking through moderately ice-laden waters. A robust propulsion system, several tanks, and some of the heaviest-duty equipment around adorned her internal and external areas. Upon delivery, however, the adventure megayacht will have six guest staterooms, two owners’ suites, a sizable gym opposite an equally sizable spa, and of course a variety of other leisure spaces. On deck, meanwhile, you’ll see a different kind of hard-core gear. Specifically, Project Ragnar will carry an ATV, a personal submarine, and several other tenders, along with substantial tender cranes.

The footage above takes you through 21 months of Project Ragnar’s construction, specifically to last month. Among the visible areas are the certified helipad, which contains a refueling station. The vast aft-deck toy-stowage area is further visible. Keep in mind that the megayacht has a 46-foot (14-meter) beam, too.

Although interior renderings aren’t available for publicity, Icon Yachts did share the photo below on its Facebook page recently. It’s a hint at the interior decor, being created by the owner and RWD. Interestingly, the owner is a medieval-war enthusiast, and wants this concept infused throughout the various decks. (On a related side note, “Rangar” is the name of a Viking king and warrior.) Certainly, it’s not what you’d expect in examining the delicate nature of the wood ceiling detail. We’ll just have to wait until final images are ready to better assess the results. 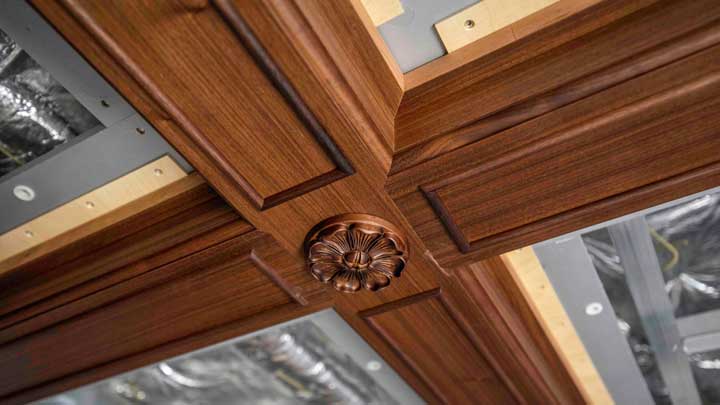 The Polar Class-compliant Project Ragnar should be in the water early next year. Stay tuned.