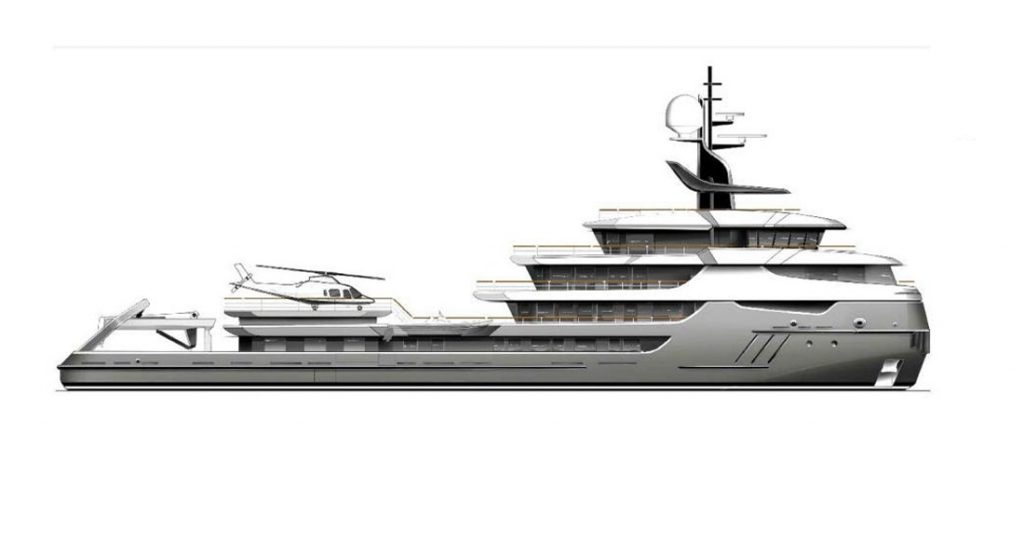 Five years ago, a vessel named Sanaborg started duty as an icebreaking multi-purpose support and supply vessel. Many months from now, she’ll emerge as Project Ragnar, a luxury cruiser with remote regions on her itinerary. What’s more, she’ll retain some of her icebreaking characteristics.

The owner behind Project Ragnar took her to Icon Yachts in July to start the conversion process. The Dutch shipyard has had a hand in a few conversions, notably that of Legend. She’s a 254-foot (77.4-meter) icebreaking tug from 1974, transformed and relaunched last year.

Project Ragnar may be a little smaller, at 223 feet (68 meters), but no less rugged. Besides made for breaking through ice, Sanaborg towed and pushed cargo barges. That means plenty of power in her engine room—“a surplus of power” for her intended yacht service, Icon Yachts says. In addition, she was capable of breaking through the ice while traveling forward and astern. That won’t be necessary for Project Ragnar. However, her steel hull will remain ice classed, meeting Polar Class 5 requirements. In brief, this means year-round operation in medium-thickness first-year ice, which may also have some older ice. (For perspective, Polar Class notations range from 1 to 7, with 1 being the toughest conditions.) Draft is a surprisingly shallow (relatively speaking) 10 feet (3.15 meters). 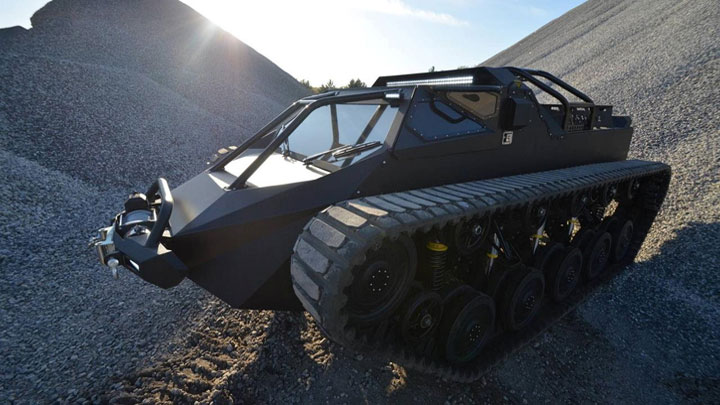 With diesel-electric propulsion incorporating electric pod drives, Project Ragnar should further have a range of 6,000 nautical miles. That will take her from polar to tropical regions and everywhere in between. She’ll have quite an assortment of toys to launch wherever she goes, too. Being a true explorer and adventurer, Project Ragnar will tote the all-terrain vehicle shown above, a Ripsaw EV2. Then there’s a two-person sub, PWCs, sailing dinghies, RIBs, and more. Lest we forget, she’ll have a helicopter, too.

With a 46-foot (14-meter) beam, Project Ragnar is meant for 12 guests in six staterooms, along with four more people accommodated in two owners’ suites. The unusual features don’t stop there. RWD is designing a decor around a medieval war concept. Furthermore, a large leisure area will contain a massage room, sauna, gym, cold plunge pool, and even a snow room. This way, no one will miss the Arctic when cruising tropical climes. Though, in colder regions, ski equipment will be handy in a dedicated room. And, when in those tropical regions, Project Ragnar will have a floating beach that PWCs can ride up on for docking. A retractable gangway will connect it to the mothership. Just steps away, there’s the just-mentioned leisure area.

The entire leisure area, by the way, is possible due to Icon Yachts removing several tanks.