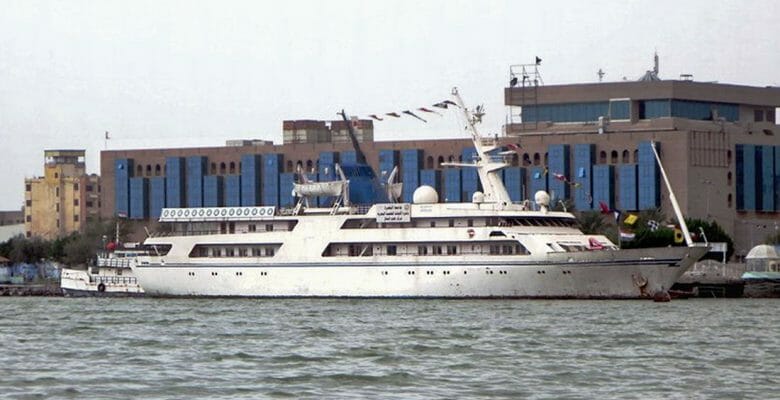 Some yacht sales just can’t go down quietly. There’s a dispute over the ownership of Ocean Breeze, the megayacht once belonging to the late Saddam Hussein, with the challenge coming from the Iraqi government.

Back in December I wrote about how Burgess had recently listed the 269-footer for sale. Hussein reportedly commissioned the megayacht (as Qadissivat Saddam) in case anything ever happened to Al Mansur, another yacht he owned, and, as the story goes, therefore had the Saudi royal family hold onto her for him. The yacht remained in Saudi Arabian waters for many years, registered as Al Yamamah. All was quiet on the public front until late last week when a representative for the Iraqi government contended the sale in an interview on French radio, and newspapers around the globe picked up the story. The Sydney Morning Herald quoted Ardavan Amir Aslani, identified as a lawyer for the Iraqi government, as saying, “We believe the yacht belongs to the government of Iraq, and we have the documents to prove that the government ordered the yacht to be built.” As a result, the sale is on hold, according to the paper.

Not so fast, Alev Karagulle, Burgess’ marketing director, says. When I contacted her for comment, she reconfirmed Burgess’ client’s ownership of the yacht: “We are still marketing Ocean Breeze for sale.” Indeed; a quick check of Burgess Web site shows the lavishly appointed vessel, built in 1981 and accommodating 28 in the owner’s party, for sale for an undisclosed price (though Yacht Council has her listed for $34,450,000).

If further developments arise in this case, I’ll post an update accordingly.