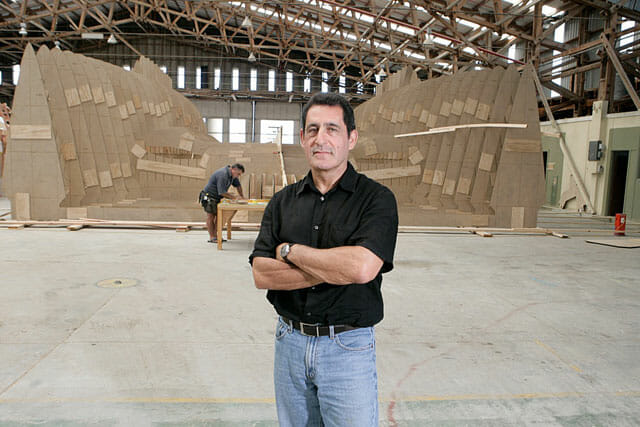 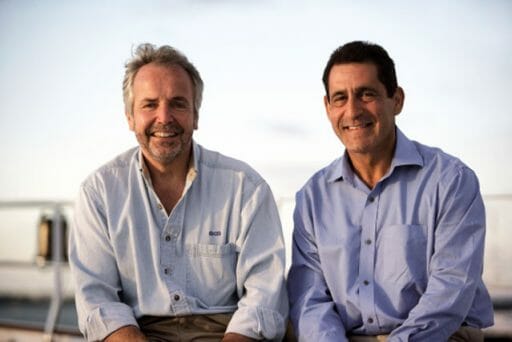 MCM has managed the construction of more than 70 yachts since its founding 25 years ago, a time when yacht management was a new concept, and not entirely well received by shipyards and others involved in the creation of a megayacht. The Newport, Rhode Island-based company is currently overseeing new-build projects at Royal Huisman, Claasen Shipyards, and Alloy Yachts, among others. MCM also manages the famed J Class replica Lionheart, the motoryacht Calliope, and more.

In this Leadership Interview, MCM’s founding partner, Peter Wilson (pictured at right, with fellow founding partner Nigel Ingram), discusses the early struggles of getting builders and designers alike to understand what his intentions were with yacht management. Wilson also talks about telling clients “no”—one of the most difficult yet most important things to do at times.

Q: What spurred your initial interest in yachting, and what kept your interest?

A: As a small boy growing up in the UK, I started sailing in a plywood Cadet dinghy and loved the sense of independence and competition that sailing provided. This grew into sailing larger boats and ultimately, getting involved with the keelboat scene and on to Grand Prix sailing, then Maxi’s and America’s Cups. And started as crew, worked up to Captain – and so on. I also worked as a (hands-on) boat builder for a while so a natural progression. Yachting has been a captivating interest. The old salt water in the veins thing probably runs true here.

Q: Why did you establish MCM? In other words, what specifically did you see was missing among other companies offering owners construction management assistance?

A: We started MCM in 1988, as even at that time, we felt yachts were becoming ever larger and more complex, and owners really needed an advocate looking out for their best interests. At that time “project management” in the yachting arena didn’t really exist. In the old method of doing things, there was an owner, an architect, and a builder, and they sort of got on with it on a handshake. Which was fine, until a few things happened: The boats got larger, more complicated, and more expensive. Coupled with that was the globalization of the industry. Going back, the owner, the designer, and the yard may all have lived and worked within a few miles of each other; however, the idea of the architect being on one continent, the owner on another, the builder in another hemisphere, the interior manufacturer thousands of miles away from the builder, all added to the need for someone having their arms firmly around the boundaries of the project. This, we felt, was severely lacking, and as a result there was real potential for unhappy owners whose dream cost more, took longer to produce, and didn’t necessarily live up to their expectations. We felt the need to impose a degree of organization, accountability, and professionalism that had not really been seen before.

Q: What were some of the challenges you faced in the early years in business? How did you overcome them?

A: The challenges were getting the yards to understand what we would contribute and to overcome their fear that we would complicate things, be meddlesome, and not add value. I think it’s fair to say that they now see the project manager/owner’s representative as someone who can actually help them achieve the goal, not be a hindrance. And also to help ensure their client enjoys the experience—enough to potentially wish to do it all again.

Q: Have you ever faced a situation where it was in the owner’s best interest to tell him no? How did it work out?

A: Most definitely. The client hires us because we know things he doesn’t. So there are certainly cases where we take a contrary position to his wishes, not just to be bloody-minded, as clearly there’s no future in that, but if it’s a matter of safety, security, seaworthiness, then without doubt. If it’s a matter of building something that is clearly going to be difficult or impossible to sell when he ultimately enters the brokerage market, we of course will clearly state our opinion and leave the choice up to him. It can be difficult to relay such sentiments at the time, and it can get frosty. But these are smart guys—and in the end, they get it.

Q: When and why did MCM add yacht management to the services it offers?

A: When we started the company and consequently launched a few yachts, it quickly became clear to us that, like the words in the Eagles’ song “Hotel California,” “You can check out any time you like, but you can never leave!” It means that the need for support and service never goes away. So after a few years of doing it in a de facto manner, we formalized our Yacht Management Division, currently led by Michael Tyrwhitt-Drake, about 10 years ago.

Q: Plenty of companies offer yacht management, so how do you differentiate yourselves?

A: We are well known as sailboat guys. We know a lot about the sailing systems and sailing generally, so I think this is one key area that differentiates us from the other firms. And of course, if you take away the attendant complications of a sailing yacht, our skills translate easily into the motoryacht world—as can be seen by the list of yachts in our portfolio. As sailors, we also actually go sailing! This means that we can see what works well and what doesn’t. We can listen to the crew, watch them use the boat and apply those lessons into subsequent projects. Like they say—every day’s a school day. I think the word bespoke is used all too frequently in advertising blurbs these days, but that essence is what we as a small and agile group can and do provide—a service tailored to the client, rather than the client having to conform to the methods of the big houses.

Q: With MCM’s anniversary this year, are there plans to expand?

A: We have always taken a very circumspect view to expansion. The intent is not necessarily to be big, but to know that we’re getting it right for our clients, and that they’re having a good time building and using their yachts. In this small industry, one major misstep can have major repercussions, so it’s more about focusing on the work—and the work will come. And as it does, then adding the right team members to help us perform it.