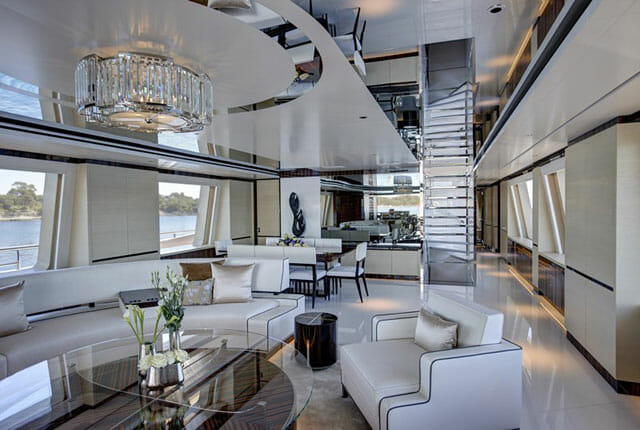 Since its founding in 1989, the International Superyacht Society has focused on furthering the large-yacht industry, particularly through communication, education, and supporting best business practices. Part of this includes celebrating what the International Superyacht Society considers the best of the best. Each year, the organization holds a Design Awards gala, where yachts, their builders, and designers are nominated in a variety of categories. Both power and sail projects, measuring 78 feet (24 meters) and larger, are included. Last evening, awards were handed out to a number of notable yachts, culled from an initial list of hundreds of potential nominees. 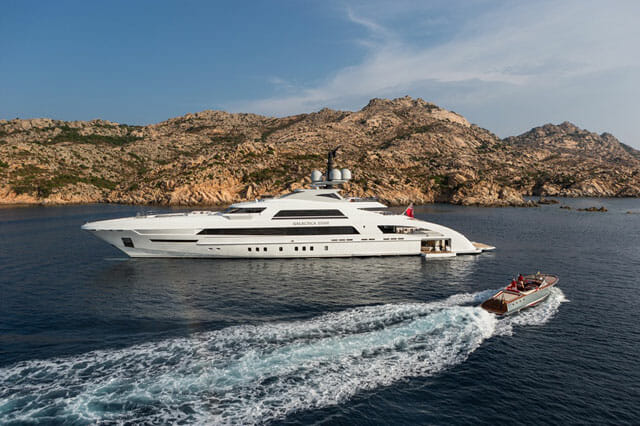 Further awards are given to Distinguished Crew and leaders within the industry in terms of business, innovation, and environmental mindedness. Those winners are:

Distinguished Crew: Capt. Russell Pugh and the crew of Arctic P; the yacht set a Guinness World Record for the most southernly navigation. On January 27 of this year, Arctic P reached 78°43•0336´S 163°42•1317´W. This is the farthest south that any vessel of any kind has ever recorded. (The position was confirmed by Guinness officials via photos of nav instruments in the wheelhouse.) EYOS Expeditions worked with the crew of Artic P to make the trip  to the Bay of Whales in the Ross Sea of Antarctica possible, a voyage that the owners had dreamed of taking aboard the expedition yacht. On a related note, the owners flew Capt. Pugh to the International Superyacht Society gala in Fort Lauderdale from his home in Australia to accept the award.

Business Person of the Year: John Percival. The late John Percival, who died earlier this year, was passionate about teaching proper navigation skills and welcoming new blood into the industry. He established Hoylake Sailing School and John Percival Marine Associates in the UK in 1996. Percival oversaw training in many marine sectors, ranging from workboats and naval ships to superyachts.

Fabien Cousteau Blue Award: International SeaKeepers Society. The International SeaKeepers Society was recognized particularly for its Drifters program and its Vessels of Discovery program. Both have enabled the organization, focused on preserving the oceans’ health, to provide even more data to the scientific community about various issues affecting the water and sealife.