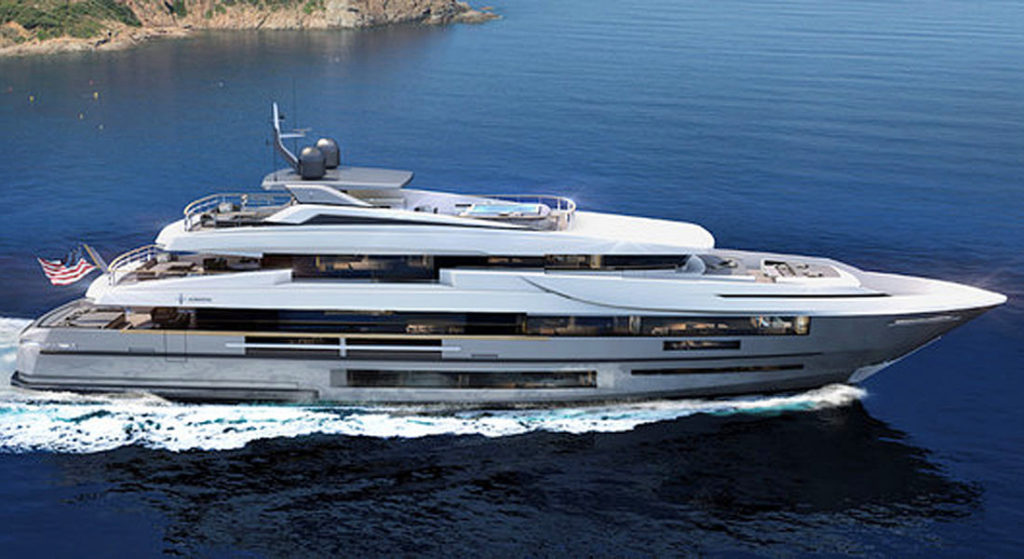 Even with megayachts spanning dozens of size ranges, most buyers seek projects around the 130-foot mark. That’s one of the client bases that The Italian Sea Group and IYC wish to attract with the Vetta 40 range. In LOAs from 121 to 131 feet, the all-aluminum designs offer a number of other features buyers should like, too.

The two companies joined forces for the series because they worked together successfully on prior builds. Each Vetta 40 project revolves around cruising shallow and deep waters alike, with a mix of customary alfresco and interior relaxation areas. The yachts are also for a maximum of 10 passengers, who’ll appreciate the floor-to-ceiling windows on the main deck. Furthermore, gross tonnage is 410, for good volume, and build time should be 22 months.

So, what does a Vetta 40 include? Buyers can arrange spaces as they see fit. Alternately, select an arrangement from The Italian Sea Group’s in-house design department. With the latter, you get a main-deck master stateroom with an office. You also get dedicated crew and guest stairways. The crew’s quarters include a laundry room, too—emphasis on “room,” something typically found on bigger boats.

Creature comforts attract the most attention, so the shipyard has plenty of ideas to keep you comfortable. The Vetta 40 can include a bar and cinema on the upper deck, taking the traditional skylounge up a notch. Drinks and snacks get served swiftly due to a dumbwaiter. If you so wish, you can have an alfresco cinema onboard, too. The crew can set up an extra screen on the sundeck of the Vetta 40.

Sun-seekers can take advantage of alfresco space in a few areas. There’s the aptly named sundeck, as you might expect. It also has a hot tub, and a hardtop for when shade is on order. There’s also sunbathing space forward on the level below.

Lest we forget, the Vetta 40 features a tender garage separate from the beach club. Similar to the laundry room, this is particularly noteworthy. A number of projects in this size range have tender garages do double duty. Some that don’t have small spaces set aside as the club. The Italian Sea Group intends its range to be different.