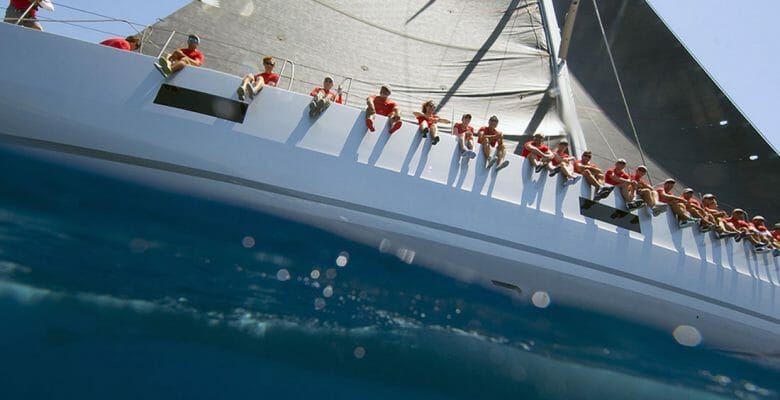 Four years after they last raced in Palma de Mallorca, the J-Class fleet is coming back. Four Js, in fact, will be among nearly 20 sailing superyachts—so far—competing in the The Superyacht Cup Palma.

Even though the regatta doesn’t happen until June 19 to 23, the list of competitors has grown quite rapidly. It’s even surprised the race organizers. The likes of Ribelle (above), Win Win, Bolero, and Saudade are returning, each performing well earlier this year. In fact, the 105-foot (32-meter) Bolero was the overall winner, sweeping the board. Win Win took top honors among Class A competitors. (Racers are broken into different categories according to Superyacht Racing Association rules.) The 112-foot (34-meter) Ribelle gave the 108-foot (33-meter) Win Win a run for her money, but finished in second. Ribelle’s captain, Federico Biatturi, can’t wait to challenge her again. “We will be back and we will try and win next time!” he declares.

In total, they’ll face nine other sailing superyachts, making for spirited competition and great viewing from shore. But, what spectators and race organizers alike are arguably most looking forward to are the J-Class competitors. So far, Ranger, Svea, Topaz, and Velsheda have registered. Regardless of whether more join them, they’ll get four days of racing to themselves, too. The last time any J-Class competition occurred in conjunction with The Superyacht Cup Palma was 2014.

This June marks the 22nd anniversary of The Superyacht Cup Palma. It’s the longest-running, largest superyacht regatta held in Europe. As much as the competition on the water can be fierce, it’s all in good fun. From day one, the event has focused on camaraderie and a relaxed atmosphere. That extends to a variety of on-land aspects as well, from cocktails to dinners and even networking.