Home / Events / Countdown to the 22nd Superyacht Cup in Palma 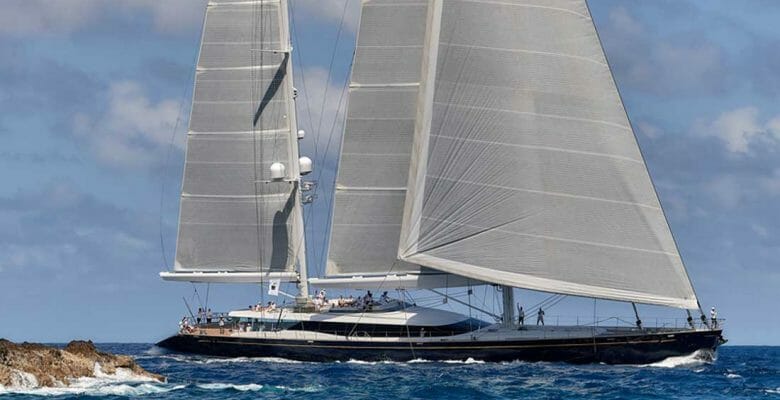 With superyacht racing having really caught on in recent years, it may be hard to imagine that one regatta, the Superyacht Cup, is celebrating more than two decades of competition. In fact, the 22nd Superyacht Cup in Palma is just 11 days away, with 18 entrants rarin’ to go.

Some of those entrants have just arrived. Athos, Bliss, and Bolero, for example, came from Pacific waters, as far away as Asian shores. Others, including repeat competitors Missy and the J-Class racers Svea and Velsheda, “only” came from the Caribbean.

The 22nd Superyacht Cup is not just seeing returning racers, though. Silencio, an impressive sight at 164 feet (50 meters), is a first-timer at the annual Mallorca regatta. However, racing is in her blood. She took the 2013 Perini Navi Cup as well as the 2015 Millennium Cup. (The latter goes on every few years in New Zealand.) The race organizers believe Silencio is one to watch.

Another one to watch is Q (pictured). She’s participating in the Corinthian class, new to the event. This type of class permits smaller crews and racing without a spinnaker.

No matter what class or what competitor you favor among the 18, the 22nd Superyacht Cup will emphasize fun. “We are ready and waiting to put on one of the greatest sailing shows on Earth,” says Kate Branagh, the event manager. “I am sure all the owners, skippes, and crews, some of whom have traveled long distances to be here, will have a wonderful time.”

Just like other regattas, the 22nd Superyacht Cup includes plenty of social activities. A cocktail party kicks things off on June 20, while a Paella Dock Party takes place on the next night. Owners get their own barbecue on the 22nd. This does not mean, though, that crewmembers can’t have any fun. They can fight for bragging rights the evening of the 22nd in a paddleboard relay race.