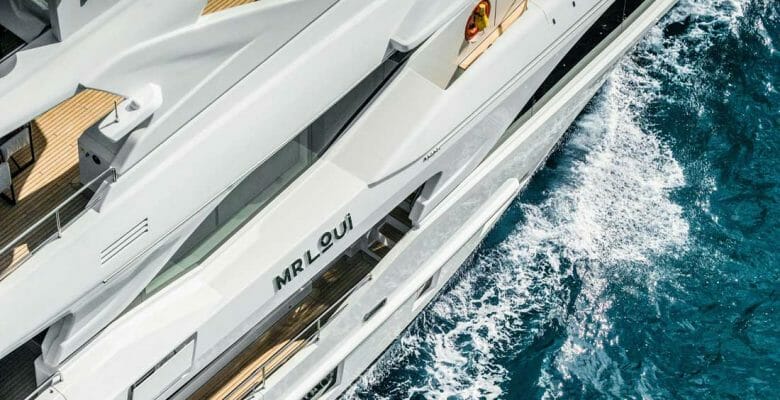 How much different can a semi-custom yacht get? A common misconception holds that semi-custom means you’re limited to picking woods and fabrics. Benetti is among the builders letting you rearrange non-structural bulkheads. The owner of Mr. Loui, the second Benetti Mediterraneo 116, took advantage. In the process, he proves two megayachts from the same series can indeed be quite different.

Hailing from Mexico, this owner has had more than a few yachts in his lifetime. In fact, Mr. Loui is one of about a dozen (so far). She’s his first Benetti, though. The 116 Mediterraneo particularly suited him for a few reasons. First, he’s a family man, and therefore wanted to cruise with his grown children and, especially, his grandchildren. Second, he has quite a sizable family. Another reason: He’s an owner-operator. Even though Mr. Loui has crew’s quarters for six plus the captain, the owner sometimes takes the wheel. Overall, the 116-footer (35.5-meter) feels manageable enough, while still large enough for a crowd. 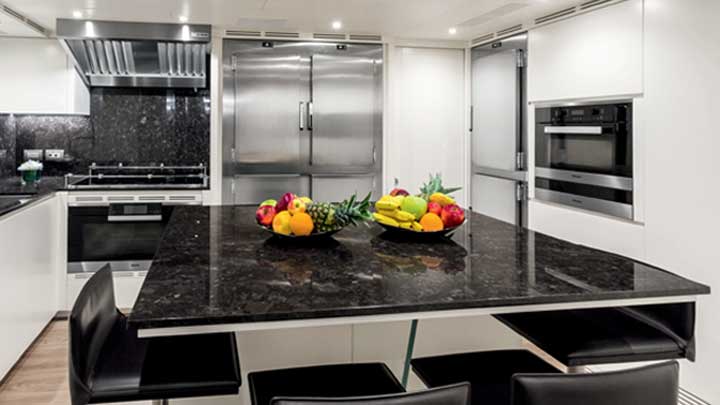 Even with four guest staterooms and a main-deck master each, Mr. Loui and hull number one, Oli, reflect strong diversity. The galley aboard Oli is purely a work space. Aboard Mr. Loui, meanwhile (above), it’s where the full family gathers for breakfast. It suits the owner’s desire for a genial, conversation-oriented onboard atmosphere, too.

Speaking of that full family, 12 people can stay aboard. The standard 116 Mediterraneo layout is for 10 people. Because of his grandkids, the owner of Mr. Loui added Pullmans to each of the twin cabins below decks. (Two VIPs round out the four guest staterooms there.) 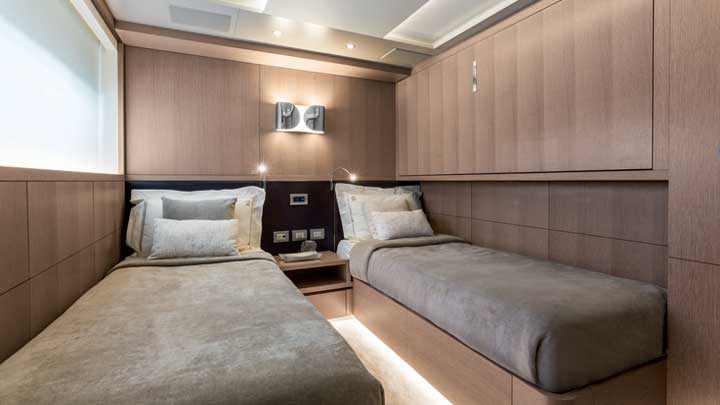 To make it easier to get around, the owner requested an elevator. Oli, like most megayachts in this size range, has just a stairway connecting all decks. Mr. Loui preserves the stairs, but the layout required rethinking. Ezequiel Farca, the interior designer the owner selected, and Benetti’s in-house design department also had to alter the galley layout. Specifically, they eliminated the pantry. It’s because the elevator is tucked just forward of the saloon (which is forward of the main-deck formal dining area), where normally the pantry sits.

As much as the owner enjoys the nearly 53-foot-long (16-meter-long) sundeck, where he requested a barbecue, he also likes the helm. As mentioned above, he intends to pilot Mr. Loui himself at times. As a result, he further requested a healthy-size chart table for the wheelhouse. (On a related side note, surely the captain, whose cabin abuts the wheelhouse, appreciates it, too.)

Take a look at more of Mr. Loui, showcasing a blend of wood, rich marble, and glass.