You are here: Home / Videos / Sunday Superyacht Video: The Build of Jaruco 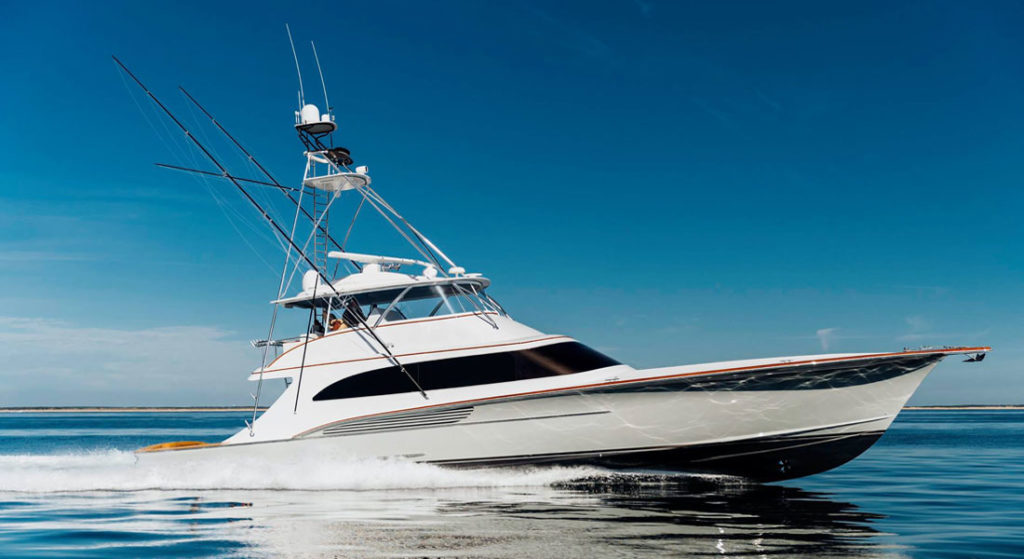 To say that Jarrett Bay Boatworks pulled out all the stops with the build of Jaruco is an understatement. No one “just” builds a 90-footer that can haul you-know-what at 50-mph speeds. The build of Jaruco pushed it harder, and further, than any other custom project on its hands.

A year after Jaruco jetted off from Jarrett Bay Boatworks, the shipyard is sharing detailed insight into just how much of a challenge she was. It had already disclosed, for instance, that construction started in 2014. In addition, it had already disclosed that she combined traditional cold-molded construction with abundant carbon fiber. In fact, every bulkhead and stringer is 100 percent carbon fiber construction. The same is true for sections of the bridge, decks, and staterooms.

What you’ll learn in this video is far more. For instance, consider that the build of Jaruco required 15,000 square feet (about 1,400 square meters) of carbon fiber. Furthermore, the build of Jaruco resulted in saving a whopping 34,000 pounds of weight compared to traditional fiberglass construction. After hearing how the team accomplished all of this, and more, you will understand the complexity of the project. You will further understand why Jarrett Bay asserts she is the most technologically advanced sportfishing yacht afloat.

It is a long way from the tin shed where Jarrett Bay got its humble start. As Randy Ramsey, president of the yard, says, “We changed the way boatbuilding is done, and will be done, for now on.”