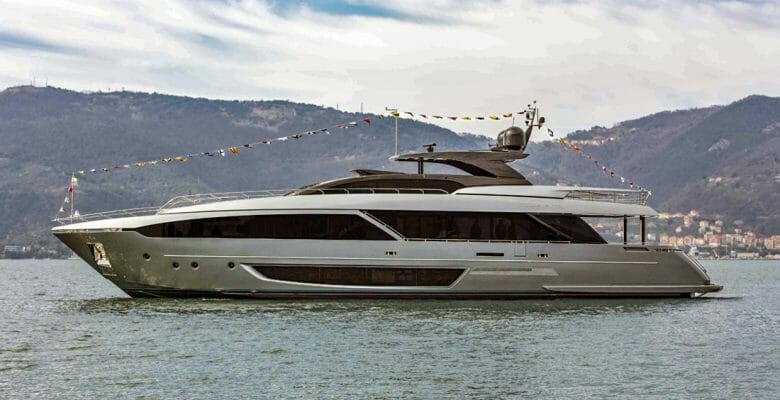 With two months to go before the annual Cannes Yachting Festival, buyers are already planning what yachts they want to see. The show, from September 11 to 16, regularly serves as the official debut for all sizes of yacht models. This, certainly, includes ones in the 80-foot-plus (24-meter-plus) range. In fact, the show is a favorite among the “small” superyacht set. So, here are 11 “small” superyacht world premieres you can expect to see. All are under the 40-meter (131-foot) mark. All are listed in alphabetical order, too.

1. Arcadia A105. As with all Arcadia launches, the A105 is covered in thermal-insulated glass. Solar panels are sandwiched between the panes, too. The A105, though, differs because she features design by Hot Lab. Among the highlights, the 323-square-foot (30-square-meter) interior lounge can remain open to the ample alfresco aft deck. If you don’t like the interior design of this semi-custom megayacht, don’t worry. Hot Lab and Arcadia have more than 50 different combinations from which to choose. 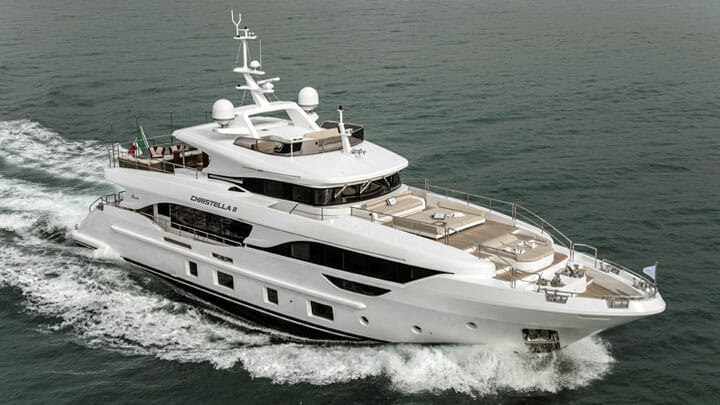 3 & 4. Azimut Grande 25 Metri and 32 Metri. Azimut has two small superyacht world premieres at Cannes. The difference between the two is LOA. The former measures 86 feet, while the latter measures 105 feet. Both have interior design by Achille Salvagni. In addition, both should max out at 27 knots. The 25 Metri is pictured below. Meanwhile, here’s a sneak peek at the 32 Metri.

5. Benetti Delfino 95. Remarkably, Benetti launched the first three hulls of the Delfino 95 in just the past seven months. Christella II, pictured above, is one of them. The semi-custom series picks up where the Delfino 93 left off—a lineup that led to 14 deliveries, by the way. A trideck, the Delfino 95 has a main-deck master and four guest cabins below. 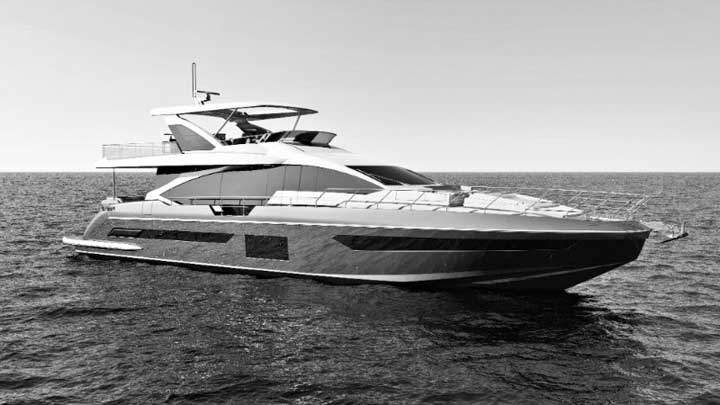 6. Custom Line 120. Although hull number one launched last year, the 120 has not been at any international yacht show, until now. Carbon fiber, a first for the shipyard, reduces weight, further helping the 120 hit a reported top speed of 25 knots. Another first: The yacht is the first collaboration between Francesco Paszkowski and the builder.

7. Numarine 26XP. Numarine actually has two superyacht world premieres at the Cannes Yachting Festival. One is the 32XP, but she’s already a few years old. However, the 26XP truly is a new series. The sculpted styling of this 85-footer (25.68-meter) pairs with a choice of a semi-displacement or full-displacement hull.

8. Moonen’s Brigadoon. A Moonen Martinique model, Brigadoon (below) has sliding windows flanking her bridge-deck lounge. Despite her steel hull, she has a relatively shallow draft of about seven feet (2.1 meters), too. Moonen purposely used steel to change the way people perceive these metal yachts in terms of shallow-water cruising. 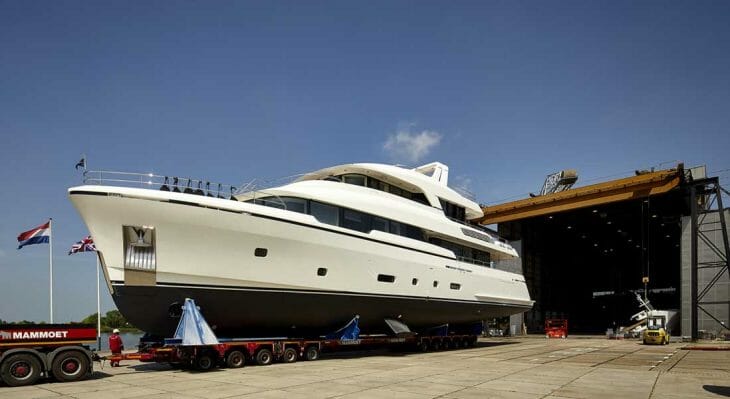 9. Riva 110 Dolcevita. The largest Riva to date (at top) is made for speed, a max of 26 knots, as well as abundant Italian flair inside and out. In addition, one single pane of glass runs the entire side of the saloon to port and starboard.

10. Sanlorenzo SL102. Also called the asymmetrical Sanlorenzo yacht, the SL102 has just one side deck, but tricks your eyes into seeing balance. Sanlorenzo says eliminating one side deck adds 107 square feet (10 square meters) inside. The design results from a cooperation between Zuccon International Project and famed automotive designer Chris Bangle.