You are here: Home / Events / London to Monaco, a Ride for Ocean Conservation 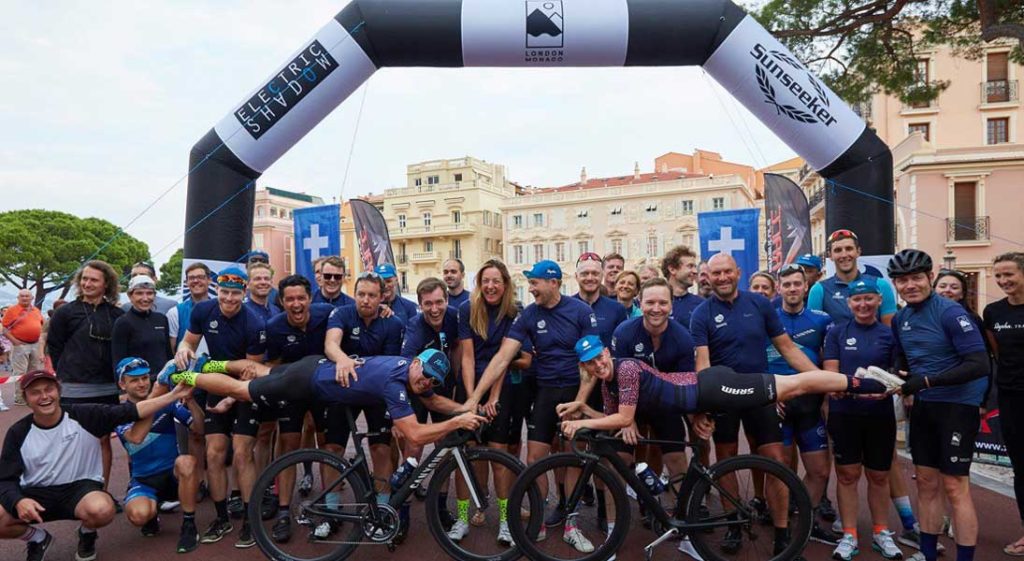 Over the past two years, 150 people from across yachting have donned bicycle helmets and climbed aboard bikes to support ocean conservation. The initiative, called London to Monaco, has raised more than £570,000 ($750,000) for the cause. The annual ride is on again as you read this, raising even more money for four special conservation projects.

London to Monaco this year started on September 19. It’s set to wrap up on September 25. Dozens of cyclists are winding their way through eight countries, starting with England and ending in Monaco, as the event name suggests. In between, they’ll cross France, Belgium, Luxembourg, Germany, Switzerland, and Italy. It’s not an easy seven days, but each rider considers it well worth the effort. They’re raising funds for the Blue Marine Foundation.

Established in 2010, Blue Marine Foundation helps create marine reserves as well as models of sustainable fishing. The charity is working toward putting 10 percent of the world’s oceans under protection by 2020. It wants an additional 20 percent protected by 2030, too. Simultaneously, it’s helping fish stocks to recover gradually by combatting overfishing.

London to Monaco this year will deliver funds to four specific Blue Marine Foundation projects. One, for example, is in St. Helena, a remote island in the South Atlantic. Here, the organization is teaching conservation, especially because the waters attract migratory species like humpback whales. The island is also home to 10 species of fish only found there. Another project is the broad Mediterranean Sea, where overfishing has deleted stocks and damaged the ecosystem. Blue Marine Foundation is applying successful sustainability models to still allow small-scale fisheries to exist, while simultaneously letting stocks recover.

A third project benefitting from London to Monaco: an educational-outreach program in Lyme Bay. The bay is a waterway between Dorset and Devon in the UK. It’s also one of the above-mentioned successful sustainability models. Now, local fishermen teach schoolkids about their own lessons learned regarding marine conservation.

Finally, a significant portion of London to Monaco funds will support education initiatives on Ascension Island. Located in the mid-Atlantic, the island has that ocean’s largest population of green turtles. It also has some of the world’s largest marlin. Through Blue Marine Foundation, islanders are gaining new income streams as alternatives to overfishing.

If you have friends participating in London to Monaco, or you’re just curious as to the riders’ progress so far, you can live track the ride.

Here’s a look back at last year’s ride.