You are here: Home / Events / London to Monaco 2017: Cycle for Conservation 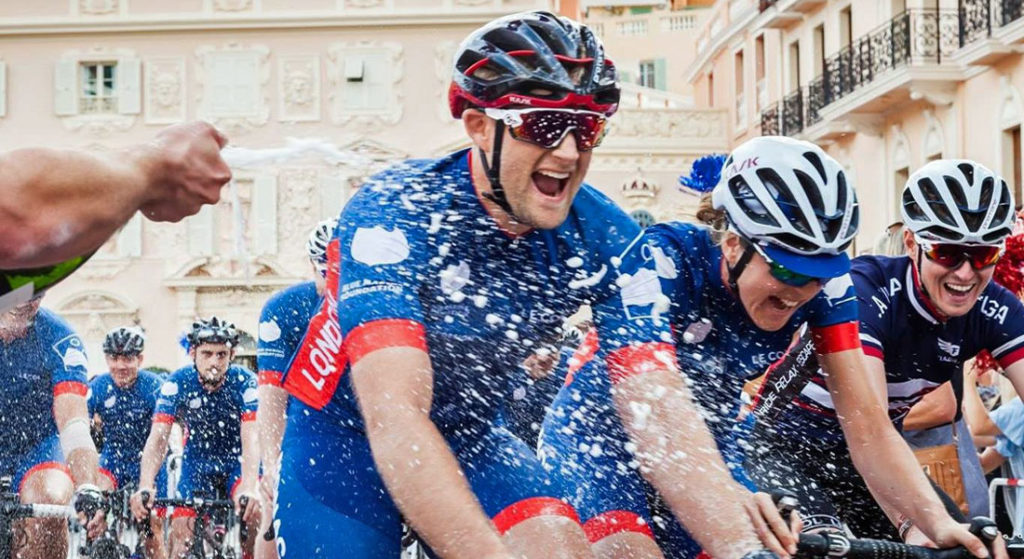 Do you enjoy biking? Surely, you believe in protecting the ocean upon which you enjoy the yachting lifestyle. You can do both during London to Monaco 2017, a cycling fundraiser for the Blue Marine Foundation.

The event is, as the name states, a bicycle ride from London to Monaco. It takes place from September 17 to 26. London to Monaco inaugurated in 2016, thanks to Winch Design, with about 60 cyclists covering nearly 870 miles (1,400 kilometers). The funds raised were equally healthy: more than £225,000 (about $274,000). Winch Design chose the Blue Marine Foundation as the beneficiary due to the work it does to protect fish and marine biodiversity.

The London to Monaco 2017 fundraising target is £250,000 ($304,000).  Funds will support four Blue Marine Foundation projects. One is ongoing educational efforts with the residents of Ascension Island in the South Atlantic Ocean. The island has some of the last populations of large fish left in the world. Another is restoring the Solent’s oyster beds, which in turn will improve the entire waterway’s health. The third project is spearheading sustainable fishing in the Aeolian Islands off Sicily. Finally, Blue Marine Foundation is combatting plastic pollution in 11 Mediterranean regions.

If nearly 900 miles on the back of a bicycle is more than you can take, you can participate in other ways. You can cover the six days it takes to travel from Lyon, France to Monaco, for example. Alternately, you can ride just the first or last day. Though the person’s identity isn’t divulged, a “celebrity send-off” takes place on September 17 from London. Furthermore, riders get a true royal welcome from Prince Albert at the palace in Monaco on September 26. Not coincidentally, that is one day before the beginning of the Monaco Yacht Show.

Of course, the organizers welcome, and encourage, pure donations, too, plus sharing the word via social media.