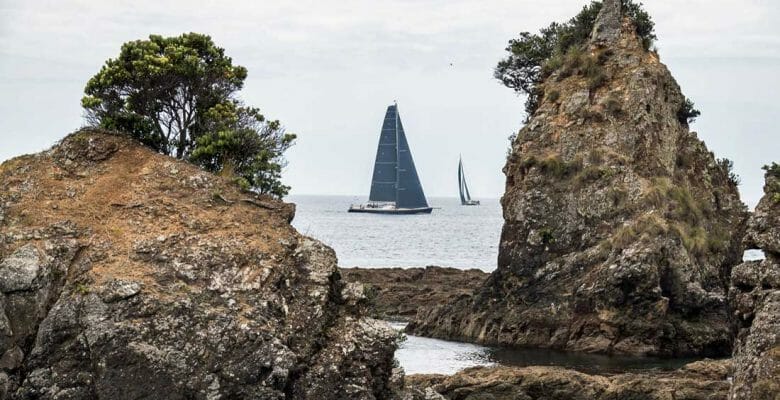 The annual New Zealand Millennium Cup ranks as the first superyacht race of the calendar. What’s more, given the typical weather conditions, New Zealand ranks as an ideal host. The Millennium Cup 2019 edition proved to be exactly as expected, though still with a few twists for good measure.

Last week, from January 30 to February 2, five sailing superyachts set their sights on a triumphant taking of the Cup. Unfortunately, day one saw a competitor have to withdraw. Sassafras, which has participated a few times in recent years, encountered technical troubles. Happily, though, she did still manage to start and finish the first race of that day. In fact, she crossed the finish line just eight seconds behind fellow challenger Freya (below). 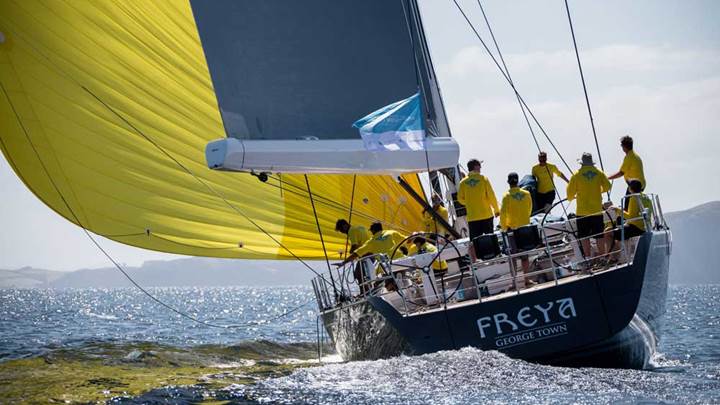 That race saw a moderate breeze, with lead changes throughout. The second race of day one of the Millennium Cup 2019 edition was longer and a bit more challenging. Or, so the course designers thought. Thalia won on corrected time, a triumphant turnaround compared to race one. Kite issues resulted in her finishing last in the first race. Day one results: Tawera (a previous winner) and Freya tied for first, followed by Thalia and Silvertip.

Light-air challenges befell all the competitors the following day in the first race. As the race’s official bloggers put it, it “was a perfect example of varied New Zealand racing.” Undeterred, the racers made the most of it, with Tawera again taking first on corrected time. Freya followed, with Thalia (below) in third. She did, however, incur a time penalty of five minutes and four seconds, since she crossed the start line early. Silvertip finished in fourth.

Maybe the improving conditions for race two benefitted Silvertip’s crew, as she took third with aplomb. But, once again, Tawera and Freya proved tough to beat, taking first and second place, respectively. 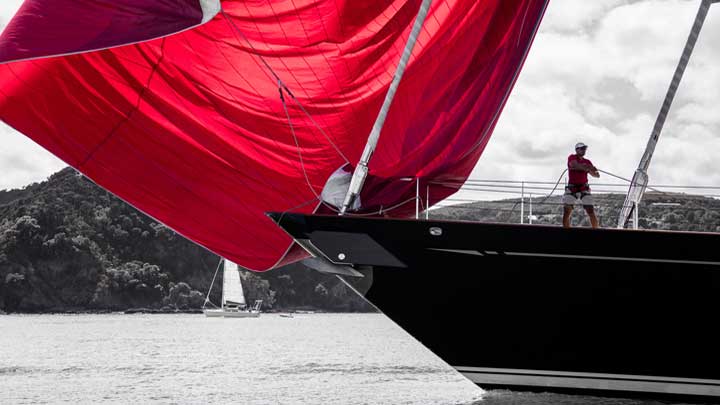 We expect they may agree with the owner of Freya when they do. “It’s fantastic to come to this beautiful place, in this beautiful country, in the beautiful Bay of Islands,” he comments. “I’d like to say thank you for the hospitality and the wonderful, wonderful time.”