You are here: Home / Yachts / Motoryachts / Panam on Pace for 2020 Delivery 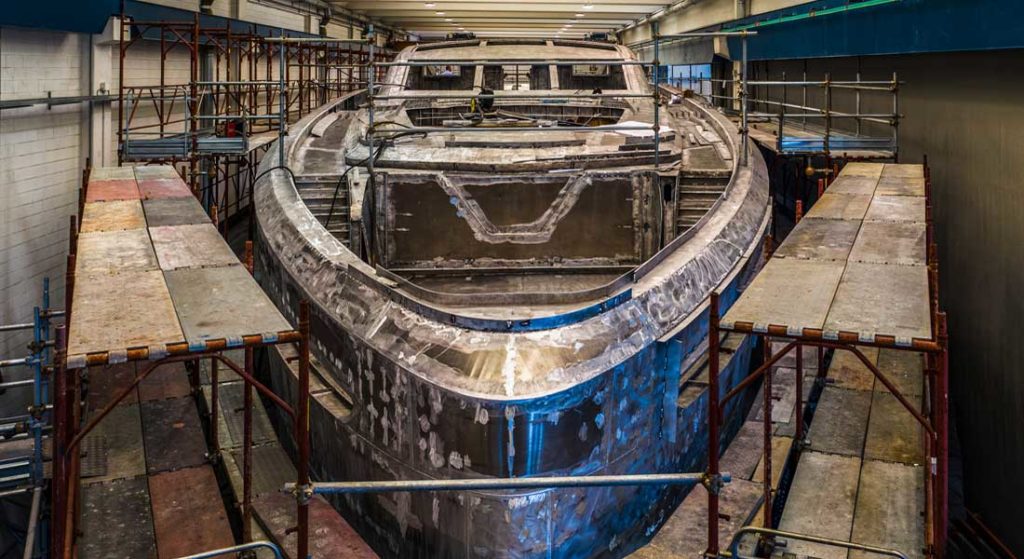 This month marked an important milestone for Panam, in build at CCN. The 131-foot (40-meter) megayacht moved into her outfitting shed at the shipyard. With technical systems ranging from electrics to hydraulics onboard, interior accoutrements are gradually coming onboard.

The fifth Fuoriserie from CCN, Panam is for a European owner. The flying-bridge megayacht features sporty, sleek, modern styling by Francesco Paszkowski Design. It complements the expected performance, which should see her fly across the water at 31 knots. Triple MTUs power the lightweight all-aluminum yacht.

Even though Panam is part of the Fuoriserie line, the line isn’t a semi-custom series. Rather, “fuoriserie” means “customized” when translated from Italian. Therefore, each of the four predecessors was entirely tailored to the buyer’s tastes. In fact, they even range in size, from 89 to 164 feet (27 to 50 meters).

This buyer took advantage of full customization, too. For instance, a living wall—covered with plants—separates the saloon from the dining area on the main deck. In addition, the master suite includes a hammam, plus electrically opening ports. The owner is collaborating with Paszkowski himself as well as Margherita Casprini for all of these details. 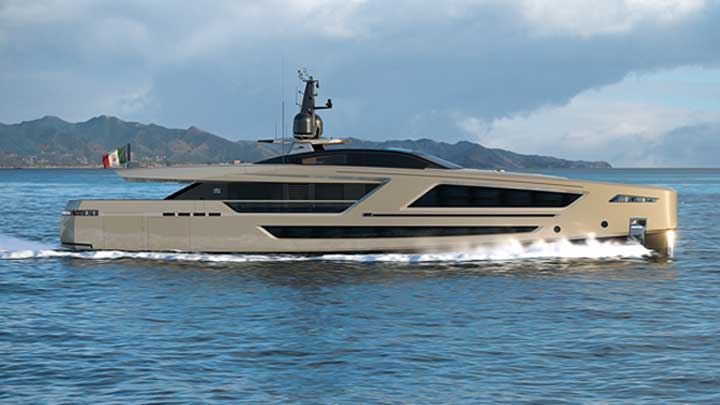 Then consider the four opening hatches in the hull, three of which belong to the beach club. Panam has a three-sided beach club, with one platform including an automatically deploying swim ladder. The fourth hatch, meanwhile, is for the tender garage. It’s a partially float-in garage as well, according to CCN. A 17-foot (5-meter) boat fits in here.

Eight guests will enjoy rides on the tender, as well as relaxing alfresco onboard. The megayacht will have a pool, with contra-flow jets, on her flying bridge. Equally private, a nice-size sunpad sits squarely on the foredeck.

CCN says construction is on schedule, so expect Panam to conduct sea trials next year.