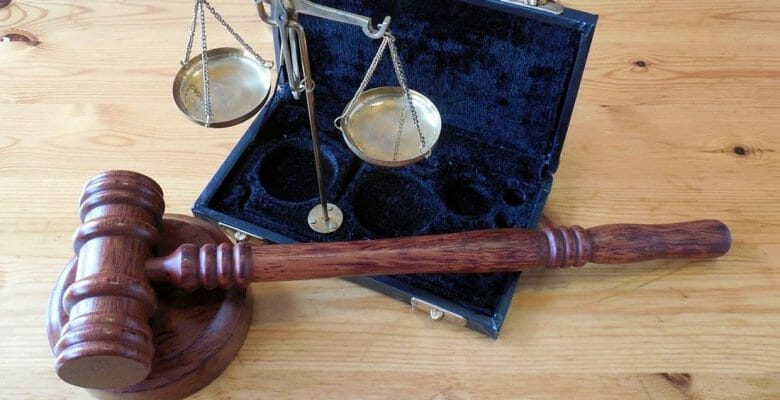 A long-running refit project intending to transform essentially every corner of an existing motoryacht has resulted in lawsuits. The refit of Anodyne was expected for completion in 2017. However, it remains unfinished, currently sitting in a South Florida shipyard. Allegations of unpaid labor, bribery, and more surround the initial lawsuit and a countersuit.

The refit of Anodyne began when an American owner acquired a 98-foot (approximately 29.9-meter) Inace motoryacht in 2014, then-named Boundless. That owner, “M/V Anodyne” in both suits, initiated a refit to upgrade systems and other aspects. But, the work revealed structural defects and significant other issues. Therefore, he transported her to Derecktor Shipyards’ Dania Beach, Florida facility for a complete rebuild and extension to 110 feet (33.5 meters).

The refit, however, shut down in August 2019. Southern Custom Craftsmen, doing business as Southern Yacht Industries, filed suit against M/V Anodyne in October. Southern was hired for metal hull and superstructure fabrication, as well as additional metal works, for the refit of Anodyne in November 2015. The suit alleges unpaid invoices from July 2019 through the refit shutdown. Specifically, it alleges that both M/V Anodyne and Derecktor Shipyards should have paid these invoices, with Derecktor’s funds coming from M/V Anodyne. The total, according to Southern, exceeds $1.8 million. Derecktor Shipyards is not a defendant in the suit.

In November 2019, M/V Anodyne filed a countersuit against Southern as well as its owner, Jerry Goss. The suit claims Southern and Goss engaged in bribery and that Southern submitted “false, inflated, and fraudulent billings and invoices.” The refit of Anodyne incurred approximately $47 million in metal work, invoiced directly by Southern. The refit additionally saw $14.8 million in pipe work paid to Derecktor for Southern’s invoices. Derecktor Shipyards is not a defendant in M/V Anodyne’s countersuit.