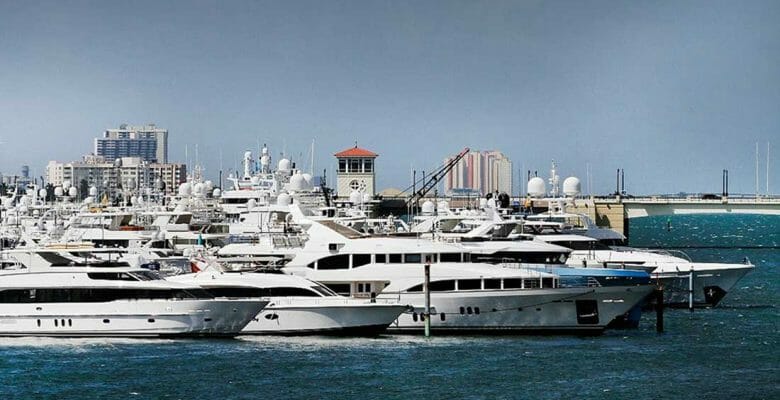 Having postponed and rescheduled once already, the 35-year-old Palm Beach show has postponed dates yet again. It results from the ongoing COVID-19 pandemic. However, show organizers pledge to have “a detailed update” on the future of the event in another week.

One of the five largest boat shows in the United States, the Palm Beach International Boat Show originally planned to run from March 25 to 29. In fact, at one point, a total of three Palm Beach yacht shows were set for that period. All cancelled or postponed in mid-March. Besides the long-running Palm Beach show, two independent superyacht shows announced lineups of exhibitors. The Superyacht Show Palm Beach was dropping anchor at the Flagler Museum. Meanwhile, the Superyacht Experience planned to showcase select yachts at Rybovich. Organizers of the latter show cancelled, in large part due to many exhibitors being unable to fly into the United States, stemming from travel restrictions. However, since the Superyacht Show Palm Beach shared a management and organization structure with the primary Palm Beach show, it announced a postponement.

On March 17, though, just five days after revealing the postponements, organizers of the Palm Beach show and the Superyacht Show Palm Beach revealed new dates, May 14 to 17. This preceded an executive order from the governor of Florida for a stay-at-home directive. That came on April 1, effective through at least April 30. The organizers, Informa and the Marine Industries Association of Palm Beach County, say this directive is behind the second postponement.

In the show’s 35-year history we have never dealt with a situation such as this. The show date and status, as a result, unfortunately remain fluid under the circumstances. We continue to assess the situation and will provide a detailed update on the show’s status by April 17.  We thank you for your support and patience as we continue to power through these uncharted waters.