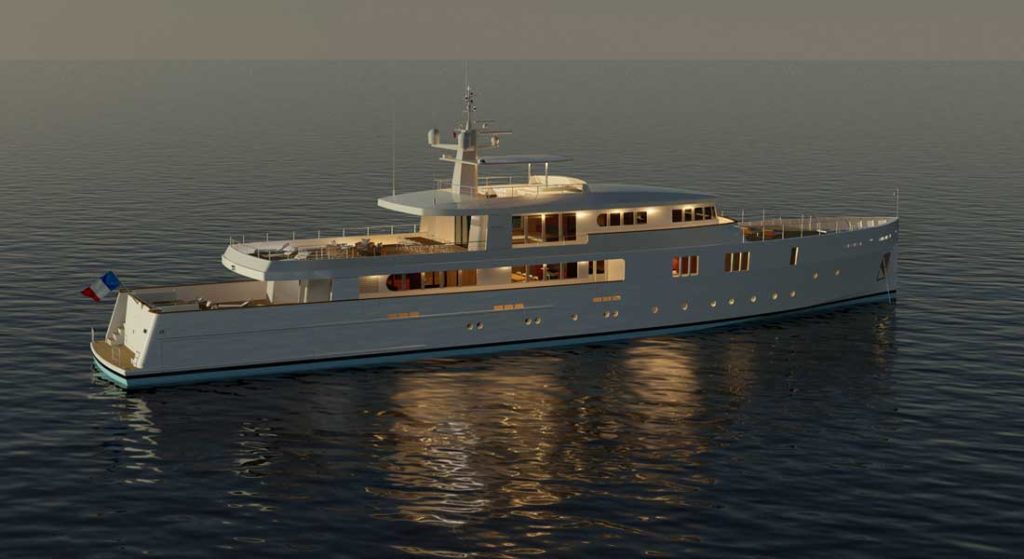 In the early 2000s, Ocea Yachts launched a custom yacht that drew inspiration from the famed commuter yachts. New York titans of business used these to travel between their homes and offices in the early 20th century. That Ocea became the first of an entire Commuter range. The latest, the Ocea Commuter 50, stays true to the original spirit of style, as well as ocean-going range.

Similar to Kelonia in 2016, Elisabet in 2011, and several other Commuter deliveries, the 164-foot (50-meter) Ocea Commuter 50 has long, low-profile looks. The all-aluminum megayacht additionally features a relatively shallow draft of 7’2” (2.2 meters), making it possible to get close to plenty of shorelines.

While Ocea Yachts will work with you to design the deck areas, the yacht accommodates a maximum party of 12. As an example of what you can do, the Ocea Commuter 50 can feature a bright and sunny upper-deck lounge. Full-height glass to both sides makes it inviting, as does the yacht’s 28-foot (8.65-meter) beam. Yet another option is to create an ultra-private sundeck with a hot tub. You can request a sunning area forward on deck, too.

Regardless, the shipyard believes in preserving the sleek lines. Therefore, tenders and toys stow below decks. In fact, you can have a tender as large as 33 feet (10 meters) LOA, alongside PWCs and more. Furthermore, the Ocea Commuter 50 can have a helipad aft.

Ocea Yachts further believes in engineering the yacht for global travel. “We create boats suitable for long journeys in any and all of the world’s seas,” says Fabrice Weinbach, Ocea’s commercial director. “They allow their owners to explore the planet’s most sun-kissed shores as well as its coldest reaches.” Therefore, anticipate a range of 5,000 nautical miles at 10 knots, plus a cruising speed of 16 knots with traditional diesels. Hybrid as well as diesel-electric systems are available as well. The shipyard has proven their reliance on patrol vessels.