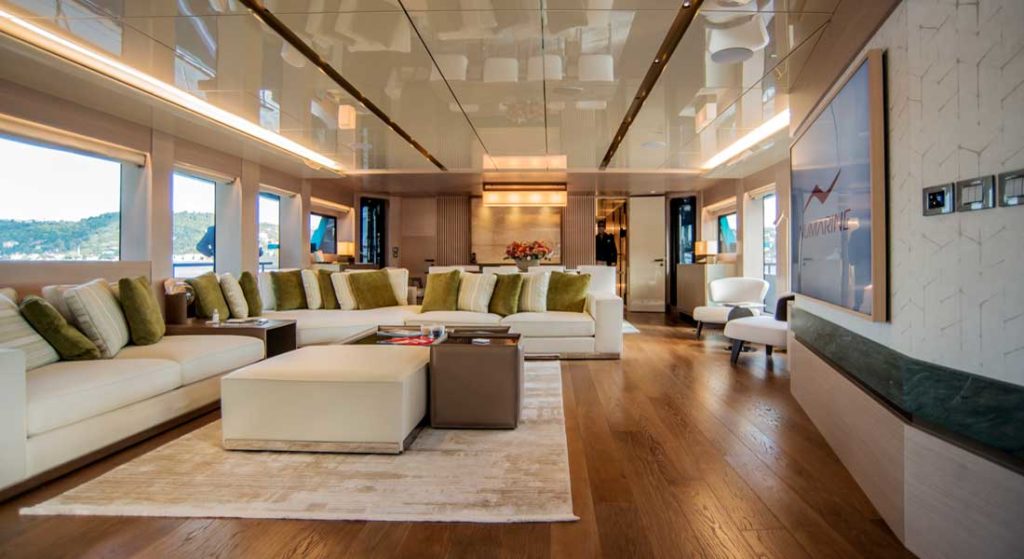 The Numarine 32XP series has seen a handful of deliveries so far, each with an interior design customized by the owners. Hull number four will ship out across the Atlantic into her American owner’s hands later this month. She’s significant for being the first Numarine 32XP with Hot Lab as the interior designer.

The new design collaboration, announced earlier this year, resulted from the Turkish builder having admired the Italian design studio’s work.

This Numarine 32XP with Hot Lab is, as Numarine chairman Omer Malaz calls it, “inspiring, elegant, and timeless.” The aquamarine hull color hints as to the bright tones that greet guests inside. Sun streaming in through the angular ports to each side brightens up the already jubilant ambience. A primarily white and light backdrop makes the varying shades of green stand out even more. It’s continuous, too, from the main-deck saloon (top) to the six staterooms. 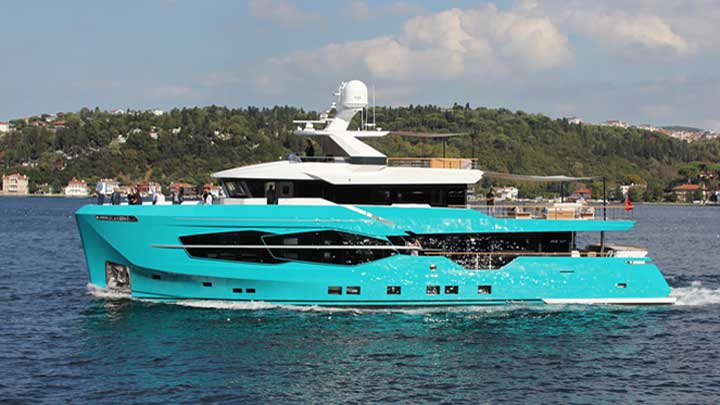 The arrangement of those staterooms is yet another custom touch. Interestingly, and unusually, the owner’s stateroom is on the upper deck. Facing aft, it has sliding glass doors out to the deck area. (Other customers have arranged the interior space as a traditional sky lounge. Additionally, they have reserved the alfresco deck area for toy stowage.) The VIP stateroom, meanwhile, is forward on the main deck. Four further guest cabins are below decks.

The Numarine 32XP with Hot Lab lets customers choose the number of staterooms as well as overall decor, while leaving the engineering package set, of course. With a volume of nearly 300 gross tons, in a length of about 107 feet (32.5 meters), she is noteworthy. Also noteworthy, the Numarine claims the sound levels in the main-deck cabin while the engines are running is less than 37 decibels. That’s similar to a library.

Finally, and further untouched, the steel-hulled megayacht should provide a 4,000-nautical-mile range at 8 knots. Cruising speed is 12 knots.