You are here: Home / Yachts / Motoryachts / Hydro Tec’s Vanguard Explorer: “Castle in the Middle of the Sea” 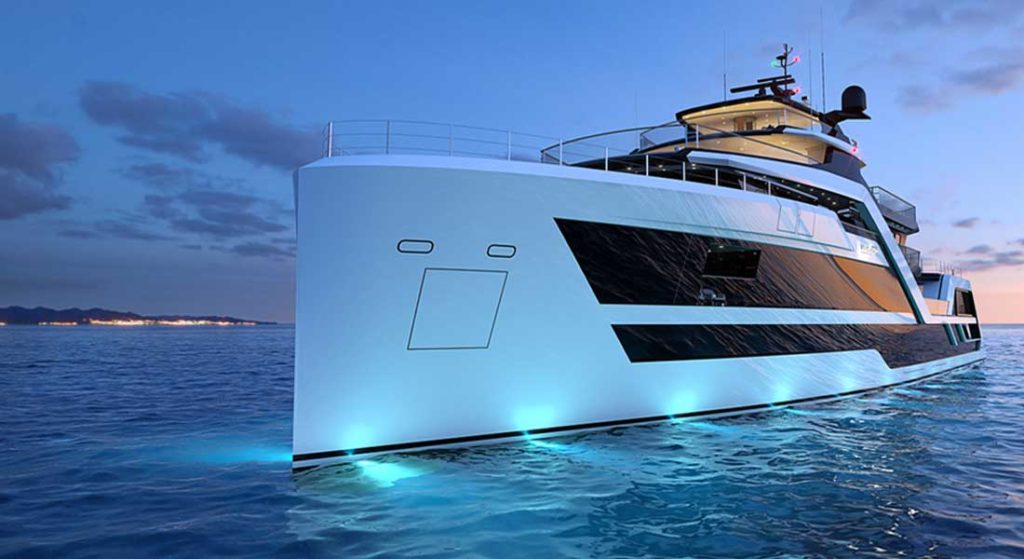 “The explorer concept has evolved considerably in the last 10 years,” says Sergio Cutolo, head of Hydro Tec. That evolution, plus his own studio’s evolution over the past 25 years, come together in the Vanguard explorer concept design. He describes the 213-footer (65-meter) as “a castle in the middle of the sea.” Despite this fortress being remote, she simultaneously remains open to the promises of the horizon.

Right away, the Vanguard explorer’s styling strikes you as being different from the rest. Cutolo deliberately varies the vertical height of decks. He does this for practical needs as much as creature comforts. Specifically for the former, it frees up room for stowage and technical areas on the lowest deck level. This deck level includes much of the engine room, occupied by twin MTUs connected to traditional shafts and propellers as well as to two electric motors. Hydro Tec’s calculations call for 10 knots in diesel-electric mode. (The upper portion of the engine room is on the lower deck, but primarily serves as an air-intake compartment.) 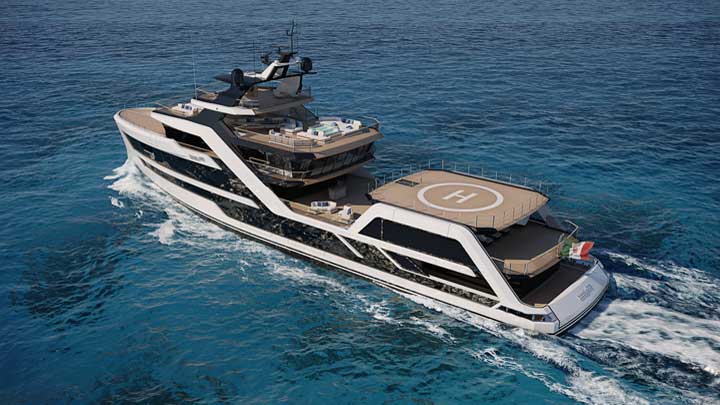 The broken-up decks further allow for several lifestyle benefits. For instance, multiple opening balconies become possible, particularly in guest staterooms, all of which remain above the waterline. Additionally, moving the staterooms up and the engine room down means more guest use of the lower deck. The space from the swim platform to the collision bulkhead is for leisure, a big beach club and spa directly accessible from the guest staterooms, too. The beach club includes a heated pool, usable regardless of tropical or cool temperatures, and an opening side hatch.

With so much alfresco space there, the Vanguard explorer concept dedicates the aft main deck to toy stowage. Dedicated cranes launch them via opening side hatches. Though, once the toys are in the water, the owners and guests can lounge on the unoccupied deck space. 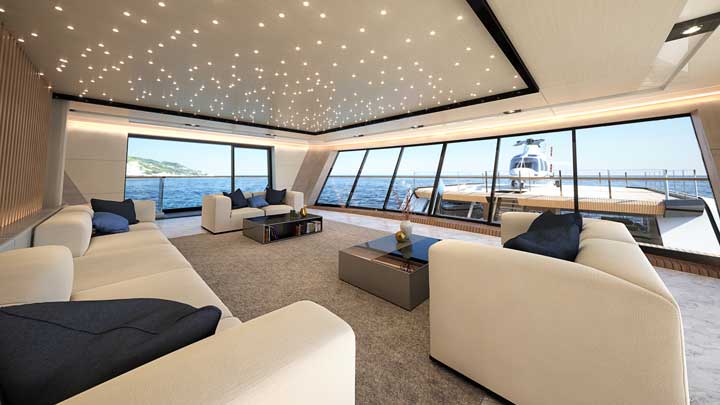 More lounging, of course, takes place in the main saloon just forward, as well as on the uppermost two decks. You’ll find a skylounge, a cinema, as well as outdoor relaxation areas. An elevator makes access simple. The crew’s job, meanwhile, of serving drinks and snacks becomes simpler thanks to a dumbwaiter.

Taking morning coffee to the master suite, forward on the main deck, is simpler thanks to the galley being on that same level. The owners can enjoy time in a large study or out on two balconies before starting the rest of their day.

Crew get the full forward area of the lower deck for their cabins, along with their mess. The captain’s cabin, naturally, adjoins the bridge and office.