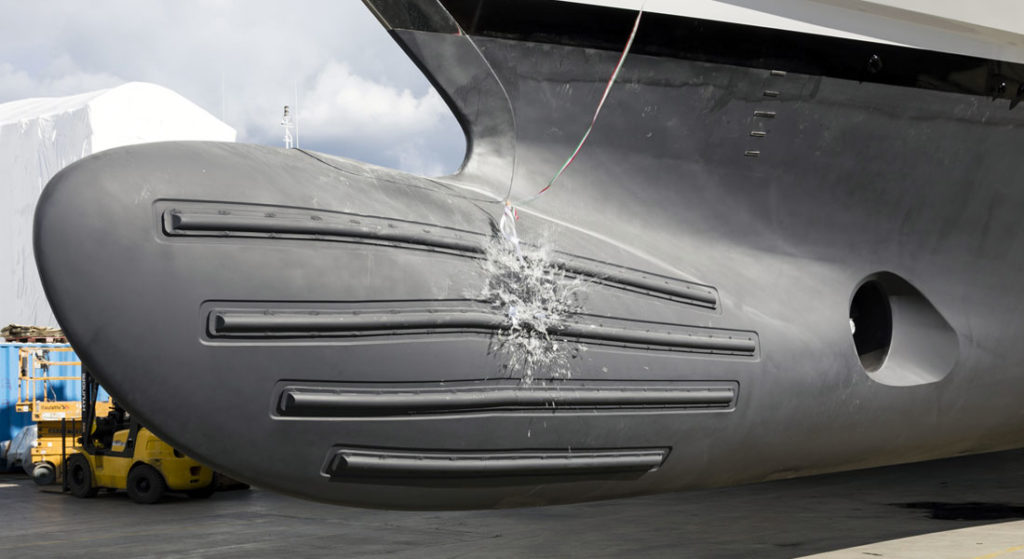 Does five launches in four years sound like a successful series to you? It does to Mangusta. October 30 saw the fifth Mangusta Oceano 43 slip into the water at the shipyard. In this video, you will see not only traditional launch footage, but also unusual bird’s-eye view experiences from right on deck.

The first Mangusta Oceano 43, Namastè, premiered in 2016. Similarly, hull number five has accommodations for 12 in the owners’ party. These include a main-deck master suite with an enviable fold-down balcony. Additionally, the 141-foot (43-meter) megayacht has a tender garage forward, allowing for a generous beach club. Interestingly, when Mangusta created the series, most megayachts in this size range still included the tender garage aft, having it double as the beach club when possible. Further noteworthy, the Mangusta Oceano 43 beach club is still usable when the yacht is underway. This is because the transom hatch has a few vertical ports, bringing sunlight in to the lounge-like area.

Sea trials should confirm a maximum speed of 15 knots with twin MTU engines. The yacht additionally should see a range of 4,500 nautical miles at 11 knots.