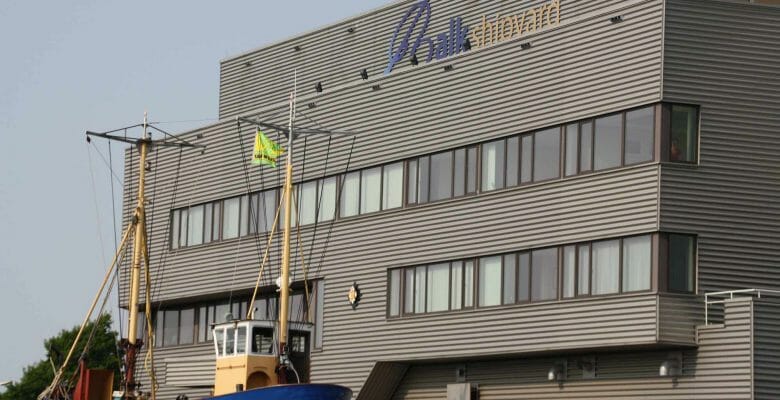 Balk Shipyard, family-run for more than two centuries, has taken on an outside ownership stake for the first time in its history. The builder characterizes the move as one that strengthens its new-construction and refit capabilities.

The new owner for the Dutch shipyard is Zhongying International Holdings Group. It’s a company whose primary business holding is active in integrated circuits and semi-conductor parts. That firm further operates in the aviation and yachting sectors, as well as property investment.

The yard has not disclosed details of the financial stake. However, Daan Balk, the yard’s CEO and seventh generation of the Balk family at the helm, tells a regional broadcaster in The Netherlands that the sale ensures the company’s future. “There is tremendous growth that the superyacht world is in right now,” he tells Omroep Flevoland. “If you want to compete at this level and don’t want to fall behind, you have to come along,” he continues. “We don’t have the resources for that.”

In a statement announcing the sale, Balk Shipyard indicates, “Zhongying’s investment gives us significant leverage to take on bigger shipbuilding projects than ever.” Daan Balk specifically tells the broadcaster that the funds will allow it to take on new builds between 164 and 262 feet (50 and 80 meters). “Many colleagues in The Netherlands are now building yachts of 100 meters plus,” he adds, meaning 328 feet. Currently, Balk Shipyard handles projects to a maximum 213 feet (65 meters).

Daan Balk reportedly is remaining with Balk Shipyard as its director for the next three years. This therefore ensures the Balk family stays involved. Sijbrand Balk bought a shipyard in the town of Elburg in 1798 to build wooden boats for local fishing fleets. Daan Balk’s grandfather took over operations in the 1930s. He switched construction materials to metal and the focus to yachts, for other shipyards as well as its own clients. Bart Balk, Daan’s father, added yacht refit and repair when he stepped in decades later. In 2004, the family moved operations to an existing shipyard offering better capabilities in the town of Urk. The yard was situated on open waters, too.