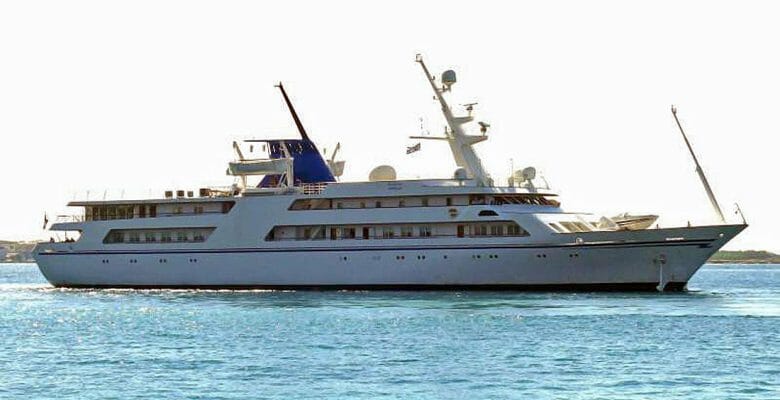 Here we go again: Just when we all thought the story of Saddam Hussein’s superyacht was done, a new chapter begins. The Iraqi government has decided to sell it.

According to a report by the BBC, the 269-footer launched as Qadissivat Saddam in 1981, renamed Ocean Breeze years later, and which Iraqi government officials won the legal right to several weeks ago, will be sold by the state. Iraqi government spokesman Ali al-Dabbagh told the BBC that the ministries of finance and foreign affairs would handle the sale.

While some people may have assumed that the yacht would be turned into a museum or even used by future Iraqi officials as an official state yacht, it makes sense that the current government has decided to sell her. Ever since Hussein was removed from power, the government has been seizing his assets worldwide and using the funds to support the Iraqi people.

For the full back-story to the long and drawn-out story about Qadissivat Saddam/Ocean Breeze, which the dictator never stepped aboard, see here and here. Suffice it to say that the lavishly decorated megayacht, with gold fittings practically everywhere you can see, will attract plenty of interest, given its notoriety. Whether the Iraqi government gets the anticipated selling price, however, which yacht brokers told the BBC should be in the $35-million range, is another story. Because of its age and decor, I’d anticipate that the buyer will commission a major refit, to ensure the yacht meets modern standards for safety–and taste.

Then again, maybe someone wants a glitzy interior befitting a dictator. To each his own, right?