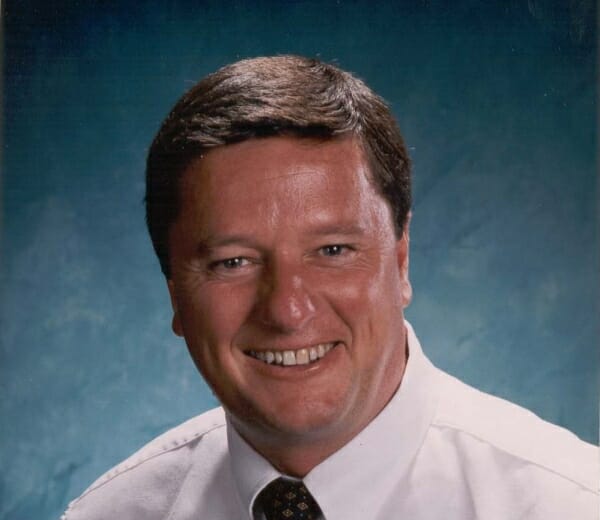 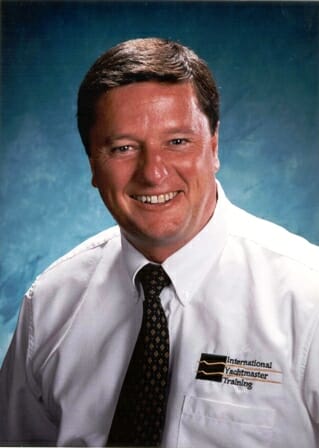 A 20-year veteran yacht captain, Mark Fry is the founder and CEO of International Yacht Training Worldwide (IYT). Fry has spent the past 14 years developing and implementing training courses for the superyacht industry through 115 partner schools in 36 countries. Specifically, IYT helps crewmembers find schools to take new courses and get recertified, plus helps schools become official partners. The schools then can offer government-approved classes for everything from PWC operation to yacht hospitality and Master of Yachts courses recognized by the MCA. In fact, Fry was instrumental in bringing the MCA qualifications to the industry in Fort Lauderdale in 1997. A qualified MCA Instructor and Examiner, he presently sits on the MCA Manning Committee for Yachts.

Fry’s insight and experience into crew training makes him an ideal Megayacht News Leadership Series interview. Here, he sheds light on what drove the creation of formal training schools more than a decade ago. He also discusses the current state of crew training, including whether some statements on the lack of American captains are really fair.

Q: Given Fort Lauderdale’s significance in the yachting industry, why were there no other schools in the city offering the MCA qualifications when you started IYT in 1997?

A: I think it is important to look at the history of yachting and how the MCA qualifications came into being in the first place. The first charter yacht that I worked on in Vancouver 32 years ago (I was 19 at the time ) was just 92 feet in length but was among the largest yachts in the world. At the time, there were no regulations in place for the manning of such vessels, although the forerunners to the MCA were issuing a “Yacht Master” certificate back as far as 1932 (which was not compulsory), and they were the first organization to use the term.

Permission was later given to the Royal Yachting Association (RYA) by the MCA to issue “Yachtmaster” certificates on their behalf. I believe it was 1976. This same permission was given to IYT in Ft. Lauderdale in 1997 as at the time, the RYA did not allow overseas schools to operate under their banner forcing us to seek permission directly from the MCA.

Over the years, as the yachts grew larger and larger, and because a significant number of them were registered in the Cayman Islands, they fell under British Maritime jurisdiction. The result was the introduction of the Maritime and Coastguard Agency “Code of Practice for Safety of Large Commercial Sailing and Motor Vessels,” which was first published in 1997. This document confirmed that the MCA were indeed the first administration in the world to recognixe “Professional Yachting” as a career. Many administrations have since adopted their “Code of Practice” or a variation thereof.

The fact that Fort Lauderdale is the yachting capital of the world, it made sense to me to open a school specifically to teach the new qualifications that the MCA had introduced and would soon be enforcing. Having obtained my Yachtmaster certificate at an early age from the Irish Yachting Association, I was thoroughly familiar with how the system worked. With the birth of IYT, it was really a matter of being in the right place at the right time and taking advantage of the opportunity as the first school to offer these MCA-approved qualifications.

Q: A major part of the coursework involves hands-on training, in addition to classroom instruction. What do the crewmembers do in the hands-on sessions?

A: There is really no substitute for hands-on training. It’s easy to teach docking on a simulator, but a different story trying to do so with the rain lashing in your face, a tide running against you, and the wind trying to blow you off the dock just as one of your engines cuts out and your deckhand drops a fender in the water!

During our “hands-on” boat-handling training sessions, the student takes command of the yacht and is responsible for demonstrating their boat-handling skills such as docking and clearing a dock, anchoring, navigating, nighttime-running operations, demonstrating their ability to command a crew, and handling stressful situations such as man overboard, a fire, or a medical emergency. These are real-live situations that can only be fully appreciated in real-time training aboard a yacht.

Before being examined by an independent IYT Worldwide examiner for their Master of Yachts 200 Ton qualification, the crew spend five full days living together 24 hours a day, practicing their maneuvers in preparation for their final examination. This can be a nerve-wracking experience for many students, but I believe it is very important that a student can demonstrate an ability to handle a crew and a yacht before taking command of a $20-million superyacht !

Our hands-on training is also applied to lifesaving techniques where we inflate life rafts in a swimming pool and practice climbing into them, rescuing other crewmembers, etc. The same applies for our firefighting, first-aid training, and Small Powerboat and RIB Master courses.

Q: What spurred the decision in 2005 to license other schools globally to teach your MCA classes?

A: A training organization called Professional Yachtmaster Training (PYT) in Durban, South Africa was the first school to approach us about teaching our MCA approved courses. After an audit from one of our staff, they started teaching them with the blessing of the MCA as long as we were responsible for the standards of examination and the issuing of the certificates. This was the start of our international expansion, and we now have 115 Partner Schools in 36 countries and issue in excess of 10,000 certificates per year. In 2009, I sold my interests in the IYT Fort Lauderdale school to concentrate on the international development of our Worldwide division, which we have now moved to British Columbia, Canada.

Q: There’s been great concern expressed over the low numbers of American captains and crew in comparison to ones of other nationalities. What do you see as the culprits, and how do we remedy this?

A: To be fair, I think there are an enormous number of American captains. If you take a trip from Fort Lauderdale to New York on the Intracoastal Waterway, there are thousands of yachts that are U.S. flagged and therefore require U.S. captains; ditto with the West Coast from San Francisco to San Diego. For taxation reasons, there are very few large superyachts that are U.S.-flagged. The majority of them are flagged in tax-free havens under British jurisdictions such as the Cayman Islands, Bermuda, Isle of Man, etc. As such, the qualifications that are required to operate these yachts are laid down by the MCA and not the U.S. Coast Guard. The MCA will, however, recognize certain U.S. Coast Guard qualifications, and with the completion of certain MCA courses and an MCA oral examination, a U.S captain can obtain an MCA “Certificate of Equivalent Competency” (CEC) to operate Red Flagged vessels.

It is unfortunate that to this day, the U.S. Coast Guard does not recognize professional yachting as a career, and they do not accept any qualifications from any other nationalities to command U.S.-flagged vessels. I know that this is a contentious subject and is under the jurisdiction of the United States “Jones Act” going back for many years.

With regard to the small number of U.S. captains and crew operating the large superyachts, it must be noted that Europe is extremely multi-cultural and multi-lingual. It is not uncommon for a European captain to speak many languages and be familiar with the various cultural differences that exist across the various European nations. This is by no means disrespectful to U.S. captains, it is simply that the Europeans have grown up this way, and as a large number of yachts are owned by U.S. individuals or corporations, it is often these owners that seek out European captains to run their yachts for them in Europe. A lot of yachts spend their summers between Spain, the South of France, and Italy, so the ability to speak with harbormasters, customs and immigration officers, and vendors in their native language is extremely helpful.

Another unfortunate trait from a small number of American crew is their willingness to sue owners if there is an accident onboard the yacht or they get hurt. It is the very few people that do this that taints the image for everyone. It is really disappointing to hear crew agencies in Fort Lauderdale seeking crew with the caveat that “Americans need not apply.”

So how do we remedy this? This is a tough question to answer, and I am not sure I know what the answer is.

Q: When superyacht construction was booming a few years ago, another big concern was the number of qualified crew to run them. Many people suggested there wouldn’t be enough. Do you still see a shortage of new blood?

A: No, not at all. We issue over 10,000 yachting certificates per year (and growing), and as long as the yachting industry continues to offer the lifestyle and salaries that they do, I do not believe there will be any shortage of crew. With the advent of social media, Facebook, iPads, and iPhones, the industry is in the spotlight a lot more than it used to be, and every year more and more students are becoming aware of yachting as a career and an alternative to going to college or seeking a mundane routine job.