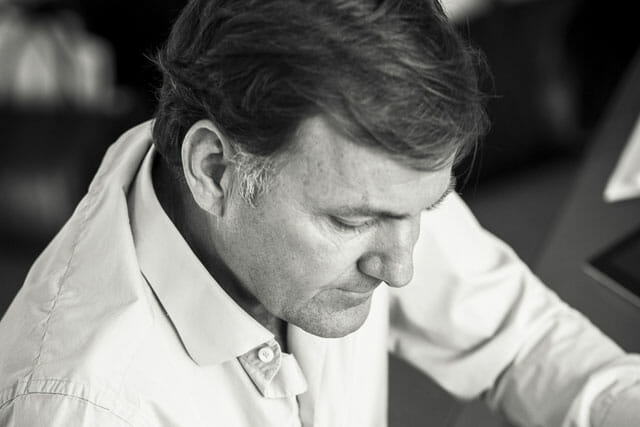 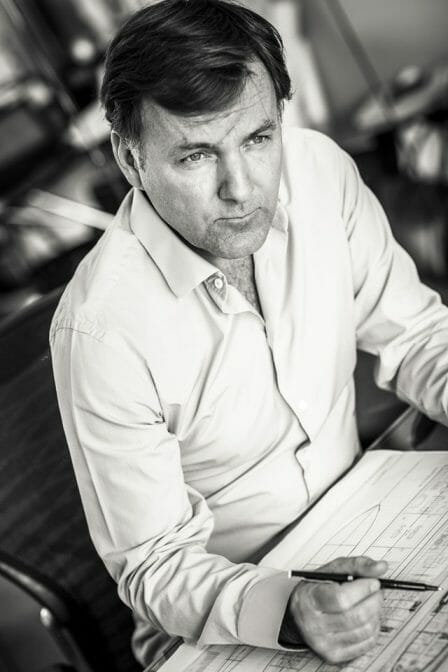 Since hanging his own shingle in 1994 in Monaco, Espen Oeino has been the go-to stylist and naval architect for many a megayacht client around the world. Indeed, as much as yachts bearing his design work frequent the Med, you’ll find them in the United States, the Middle East, and Australasia, too. Oeino has come a long way since sketching boats as a schoolboy in his native Norway, and even further since working with the renowned yacht designer Martin Francis. The one constant, however, is that Oeino’s work is never the same.

In this Megayacht News Leadership Series interview, Oeino shares what spurred his initial interest in yacht design, how he and his team approach new projects, and which megayacht projects have been the most enjoyable so far.

Q: What spurred your interest in design in general, and when? What attracted you eventually to yacht design, and when?

A: I was drawing boats, cars, buses and ski boots from an early age and the interest in design and in particular boat design was pretty much omnipresent early on. I guess I drew my first boat at the age of two or so. Since then, I’ve pretty much been obsessed with boat design and naval architecture in general.

Q: When you started your career in yacht design, were there any established designers you most admired? If so, who, and why?

A: As a boy back home in Norway, my “local hero” and inspiration, so to say, was Jan Herman Linge, who was responsible for many, if not most, of the Norwegian production boats at the time, including some noticeable Olympic Class sailing yachts such as the Yngling and the Soling. Later, after discovering the world of yachting in the Med, the late Jon Bannenberg made a lasting impression on me with his bold, very contemporary designs that often were miles ahead of time.

Q: What do you feel you offer clients that other designers perhaps do not? For example, do you feel you specialize in certain styles, or tend to work with more innovative/creative clients?

A: It is difficult to say, but I would like to think that we approach each project with a fresh mind and that we don’t have a specific style. if you look at all the boats we have designed, there is a wide specter of both styles and concepts, ranging from the fast and sleek (Shooting Star and Smeralda) to the voluminous and edge-inspired displacement-type vessels such as Skat and Stella Maris. And of course, open-minded and creative clients always helps!

Q: When you work with a client for the first time, surely he/she has seen your previous designs and admires certain elements of them. Do they often say things like, “I’d love for you to do something similar to what you did with Yacht XYZ,” or do they prefer you to bring your own ideas to the table?

A: It is often a combination, and it is true to say that ideas are discussed and debated with the client and that in most cases the final result reflects this.

Q: Among the yachts you’ve worked on so far, do any stand out in your mind in terms of being among the most creative, or even the most fun? Which one(s), and why?

A: I have a particular fondness for the two first yachts we did at Lürssen. They represented at the same time a breakthrough for us as designers and for the yachts in their own right: Skat for her “edge design,” and Octopus for being the first real big purpose-built explorer yacht. Also, I am very proud of the Silver series yachts we have done with Hanseatic Marine in Perth, Western Australia. They represent a real departure in terms of design and build philosophy in the way the volumes are distributed longitudinally rather than vertically, thus permitting a high length-to-beam ratio, which is more efficient in terms of performance.

Q: Can you describe some projects you’re working on now?

A: At the moment we are working on a number of new builds in Germany, Holland, Italy, Australia, Turkey, and the United States, ranging in size from 60 to well over 100 meters. Non-disclosure agreements prevent us from discussing the details of them individually,  so you just have to stay tuned and follow the nautical news!

Q: Yachts are getting really big these days, with more orders for yachts in excess of 80 meters, and even 100 meters. Does that make your job easier, or harder? For example, I’d think it allows for more room (literally and figuratively) for creativity, but doesn’t it also become more complex? Can it even be a bit overwhelming?

A: There is indeed a tendency for the larger yachts to become more complex. First of all, there is the regulatory environment and the rules and regulations to which we have to design and to which the yards have to build the yachts. Then it is also true that there is a tendency to incorporate more features both architecturally and technically. Sometimes it can indeed be overwhelming!