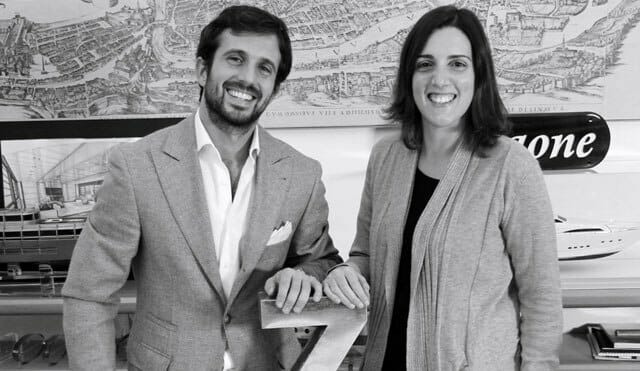 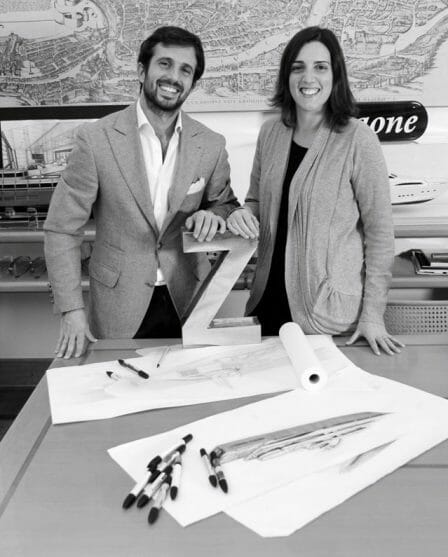 Zuccon SuperYacht Design is headed by Bernardo and Martina Zuccon (pictured), the children of Zuccon International Project’s founder, Gianni Zuccon. The two have been working alongside their father for some time, so it was a natural step to get them more involved. Zuccon SuperYacht Design will collaborate with clients and shipyards outside of the Ferretti Group. Meanwhile, Zuccon International Project will remain focused on production boats for the Ferretti Group brands Bertram, Apreamare, and Ferretti Yachts. It will also continue designing the semi-custom megayachts for Ferretti Custom Line and custom megayachts for CRN.

Zuccon International Project got its start in 1972, then known simply as Zuccon. It was founded by Gianni Zuccon and Paola Galeazzi. The design firm began focusing on town planning and architectural design at first. It expanded into the marine field in 1976 with a 59-footer (18-meter) built at Posillipo, going on to design more than a dozen yachts with the shipyard through 2000. Zuccon also collaborated with Baglietto in 1982, first on patrol boats and then pleasure yachts. Its first megayacht was Al Fahedi, a 151-foot (46-meter) motoryacht , in 1986—quite a significant size for the time. The design studio changed names in 1984, to Zuccon International Project, as a reflection of the diversity of its projects and their locations. For example, the studio worked with the European Space Agency on work spaces, a collaboration it maintains to this day.

In 1990, Zuccon International Project was approached by Ferretti Yachts to start a series, going on to work with all the other Ferretti Group brands through the last decade. To put it into perspective, the studio has designed 14 Bertram models, 40 Ferretti models, and 11 Ferretti Custom Line models, besides all CRN megayachts launched from 2005 onward. The latter includes the two newest CRNs, the 197-foot (60-meter) J’Ade and 262-foot (80-meter) Chopi Chopi, both of which should appear at the Monaco Yacht Show this September.

In the coming weeks, we should have news on projects being designed by Zuccon SuperYacht Design.