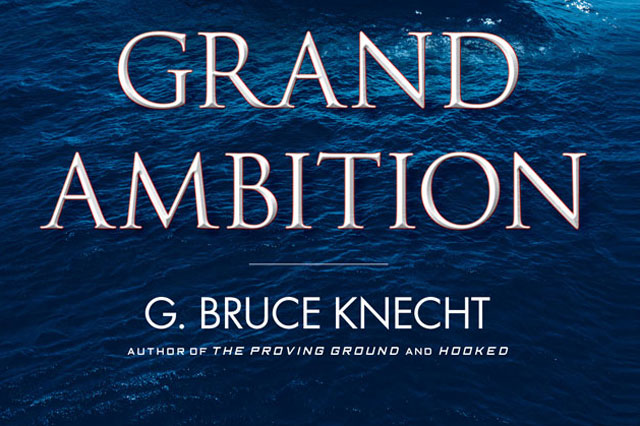 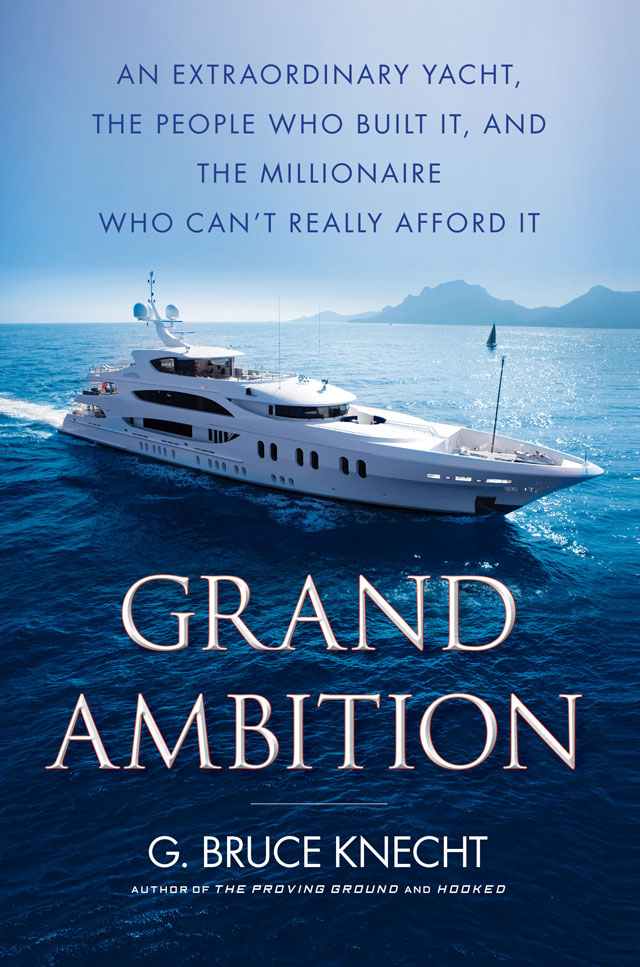 The economic boom times of the past decade allowed a lot of people, even experienced yacht owners, to commission new megayachts. Doug and Linda Von Allmen, the owners of the new Lady Linda built by Trinity Yachts, were among them, and were the perfect owners for journalist G. Bruce Knecht to feature in a book chronicling the commissioning and construction of a megayacht. Little did the Von Allmens, Trinity Yachts, Lady Linda’s interior designer Evan K. Marshall, or even Knecht himself realize that the economic crisis would steer the story in an entirely new direction.

That’s what you’ll learn in Grand Ambition: An Extraordinary Yacht, the People Who Built It, and the Millionaire Who Can’t Really Afford It, which goes on sale on March 5. Grand Ambition is a fascinating, no-holds-barred look at the making of Lady Linda and how everything about her nearly came crashing down, taking everyone involved along with it.

“The basic story was always going to be what it takes to put together a large yacht,” Knecht says. “I didn’t need an economic crisis to make it interesting…but it added a whole new dynamic.” Indeed. As with other megayacht owners around the world, though for different reasons, the Von Allmens were affected to the point that Lady Linda risked not coming to completion. Grand Ambition puts you in the room when the Von Allmens see their fortunes turn for the worse and second guess whether Lady Linda should be the lavish yacht they had initially planned. Grand Ambition also puts you in the room when they discover an investment opportunity that promises to rescue them—only to learn it’s a cleverly disguised Ponzi scheme. 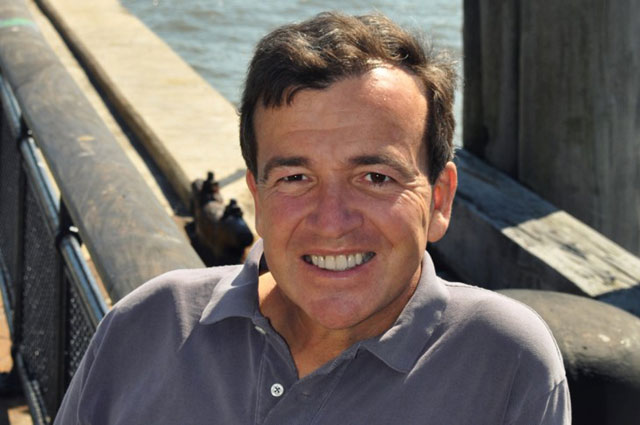 What makes Grand Ambition particularly noteworthy is that, according to Knecht (pictured), everyone featured in the book was fully onboard, from the highest high to the lowest low. He says Trinity Yachts gave him “unfettered access” to its Gulfport, Mississippi shipyard and employees. Even when the Von Allmens discovered the Ponzi scheme, Knecht says, Doug Von Allmen called him, explained what happened, and said it should be part of the book.

Equally noteworthy about Grand Ambition, Knecht never makes value judgments. Part of that is surely due to the years he spent as a writer for the Wall Street Journal, where he covered the banking industry, publishing, and more. Knecht says the philosophy there was to let the reader draw his or her own conclusions. “Ultimately it’s a whole lot less powerful” to try to lead the reader, he believes, and with Grand Ambition, he has striven to “open a window on a world that people don’t understand,” revealing how it operates and how it has trickle-down effects.

That point is summed up quite well by David McQueen, head of Azzura Marine, which created Lady Linda’s interior woodwork. Knecht quotes him as follows: “You could say that all of these giant boats are a total waste of money, but that money pays a lot of mortgages. It gives the people who work here freedom to live their lives.”

Grand Ambition goes on sale on March 5 and is available for pre-order now at bookstores and via online retailers.