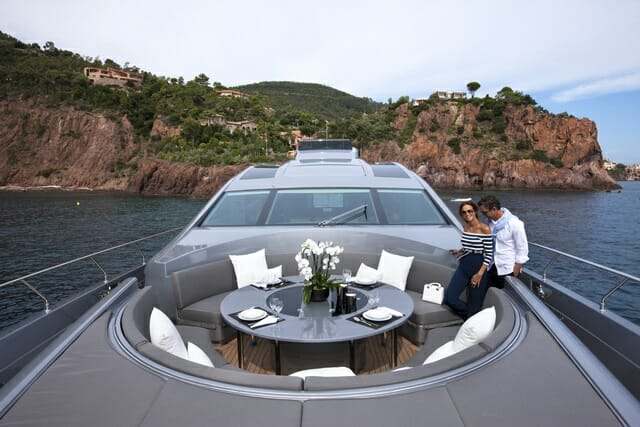 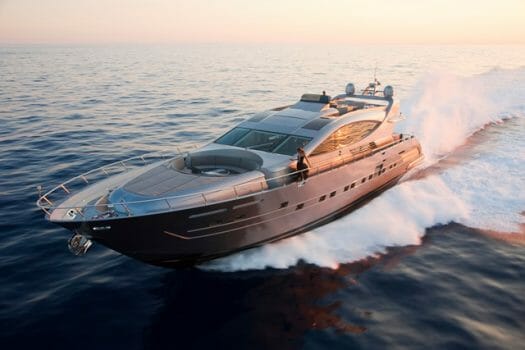 The Italian yacht builder Cerri, which recently began making inroads into the American marketplace, has new representation stateside. It’s International Yacht Collection, which will showcase the newest Cerri 86 at the Fort Lauderdale show later this month.

Cerri was established in 1997 by Carlo Cerri, a businessman with a passion for yachts. The first model was the Cerri 28, followed by larger powerboats in successive years. Each was swift and sleek. The yard expanded into megayacht territory in 2002 with the 86 FlyingSport. Maylen, the megayacht that International Yacht Collection will have at the boat show, is part of that series. Completed this year, Maylen accommodates eight people in four staterooms. She’s said to be capable of a blistering top speed of 40 knots and cruise speed of 35 knots, powered by twin MTUs. Like the seven previous Cerri 86 FlyingSport deliveries, Maylen has a customized interior. (Photos are not yet available.)

Cerri’s megayacht models also include the 102 FlyingSport, pictured. That series launched in 2011. Like her smaller sister, the 102 FlyingSport is a fast, open yacht. Top end is reportedly 37 knots, and cruise is said to be 32 knots.

International Yacht Collection will be the exclusive Americas sales agent for Cerri for at least the next two years.

Cerri was acquired by the Gavio Group, which also owns Baglietto, in 2011 and has been expanding its customer base since that time. In 2013, Cerri appointed Rodriguez Group to be its U.S.-based sales agent. The latter company went bankrupt earlier this year.