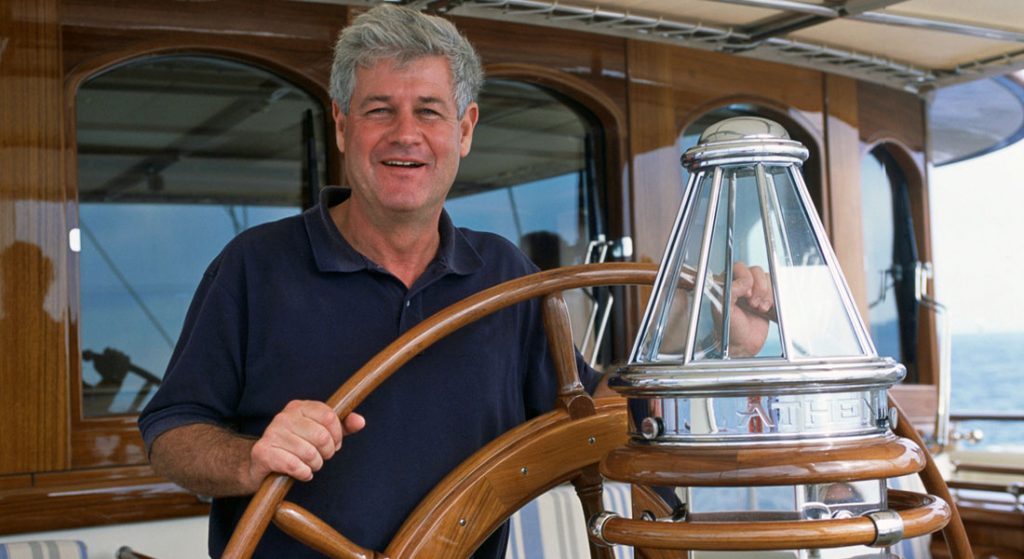 Lürssen has long enjoyed strong business stateside. Several years ago, it had an America-based office, too. While all sales headquarters eventually shifted to the shipyard’s base in Germany, the builder once again has a formal U.S. rep. He’s Michael Koppstein, a familiar face in superyacht circles.

Koppstein, located in Maine, spent the past 25 years with Royal Huisman. His ties to yachting, however, go back to his childhood in his native Australia. There, he enjoyed sailing on weekends. He pursued an academic degree in engineering design and construction, putting some of that knowledge to use as an avid offshore sailor. Koppstein earned his captain’s license, going on to log about 200,000 nautical miles. Many of those miles came the six years he served as captain of the famed Whirlwind XII, owned by the late British business magnate Noel Lister. Built by Royal Huisman in 1986, Whirlwind XII was notably partly for being the first 100-foot-plus yacht from the yard. LOA: 103 feet (31.45 meters). She further rose to prominence for circumnavigating the globe over four years, with Koppstein at the helm.

“Michael is a highly respected and well-known personality within the worldwide superyacht industry,” says Michael Breman, Lürssen’s sales director. “His significant experience in yachting and his passion for the yacht builder’s craft makes him the right person to support us at this time.”

“Helping to further develop the excellent reputation that the Lürssen brand already represents is a wonderful opportunity,” says Koppstein. “For many years, I have served an industry that has rewarded me with a sense of pride and an immense amount of satisfaction. I look forward to a fruitful relationship with a team that I have known and greatly respected for many years.”