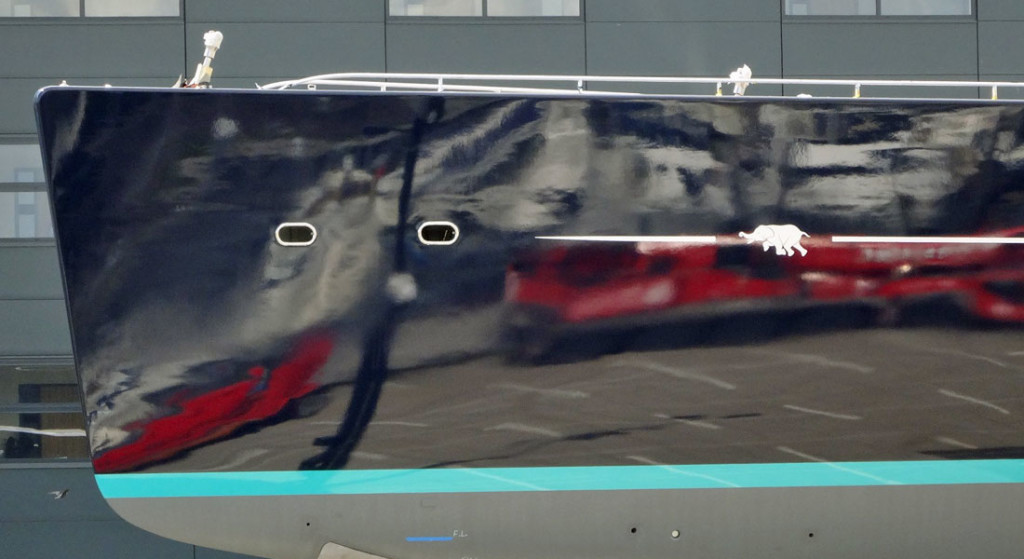 UPDATE, MAY 5, 2015: Oceanco and Vitters Shipyard have released a joint press release about the yacht. It states that Y711, a.k.a. Project 85, has broken boundaries in terms of sailing-yacht complexity. Unfortunately, there is no real explanation of specific technology, outside of one description regarding performance. Y711 should handle as nimbly as a smaller sailing yacht, partly due to a “unique steering system” created by Vitters. The yards say that the helmsman will have immediate feedback from the steering system, since the hydrodynamic forces on the rudders will be conveyed directly to the twin helms on the flying bridge. In terms of decor, the yards say that Y711 is modern, with relaxation spaces spread over four decks.

The following photo was also released: 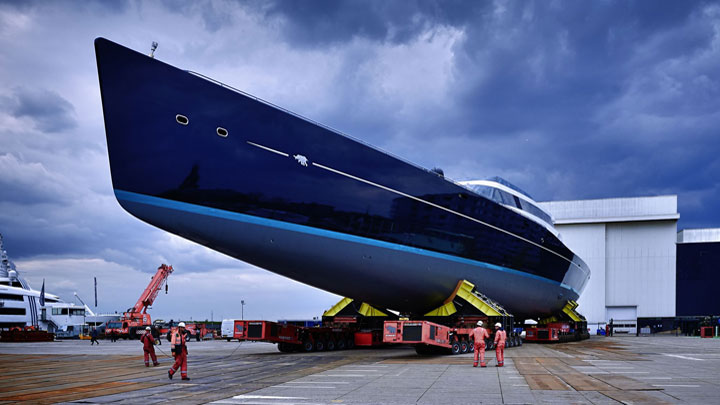 Read on for the original article.

One of the most highly anticipated sailing superyachts in build became visible this week. Project Y711, a 279-footer (85-meter) built by Oceanco, was moved around the yard’s property. Y711, also referred to as Project 85, is significant for being Oceanco’s first sailing yacht to hit the water.

Y711 is further significant for representing an interesting collaboration. Oceanco joined forces with another Dutch builder well versed in sailing yachts, that being Vitters Shipyard. This type of partnership is unusual, but Oceanco believed it was worth any perceived risks.

Only a handful of details are publicly known at this point about Y711. She features naval architecture and styling by Tripp Design. In the photo at top, note the graphic of an elephant at her bow. The interior is from Dölker + Voges. The German design studio has contributed to both power and sailing yachts previously, including Al Mussarah. It has overseen some interior refits as well, including that of Al Mirqab last year. No details on the decor for Y711 have been revealed.

Y711 is expected to be delivered in a few month’s time. To put her build into perspective, the hull arrived at Oceanco in late 2013, from a subcontractor, Zwijnenburg. This is the same subcontractor that built the hull for yet another sailing yacht that Oceanco is working on, project Solar.