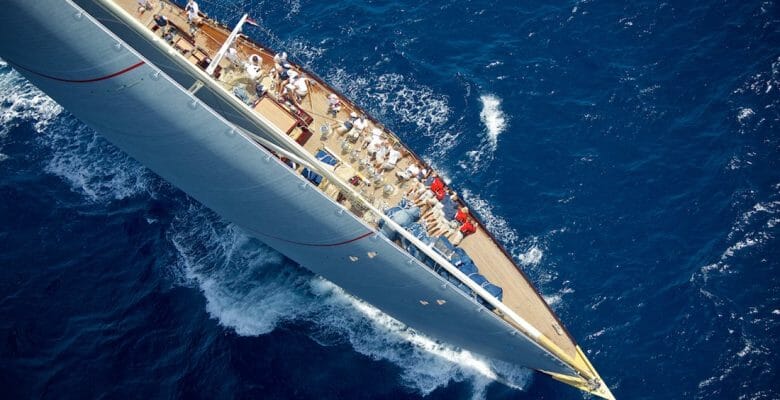 The Superyacht Cup, celebrating 20 years from June 22 to 25 in Palma de Mallorca, Spain, is now part of the Clean Regattas program. The program is said to be the world’s only sustainability certification system for on-water events. It was created by Sailors for the Sea, a conservation organization that educates and engages boaters in protecting the ocean. The Superyacht Cup joins more than 650 other regattas as a Clean Regattas participant.

And, the crew and owners competing in the Superyacht Cup will be among 300,000 sailors worldwide participating in the program. Race organizers are still finalizing the best practices to implement. (The Clean Regattas program has an entire checklist from which to choose.) But, already they’re encouraging the reduction of plastic-bottle usage among participants and spectators. They’re also encouraging the use of bicycles to get to and from the Superyacht Cup Village.

Also already, 19 superyachts have signed up for the Superyacht Cup. They include previous competitors Tulip, Heartbeat (the winner in 2013), Open Season, Unfurled, Win Win, and Visione. After each day’s race, the owners, crews, and sponsors will mix and mingle at parties and even more friendly competitions. One example of the latter is a stand-up paddleboard race.

Some Superyacht Cup slips are still available, though limited. Check the website for details on how to register.