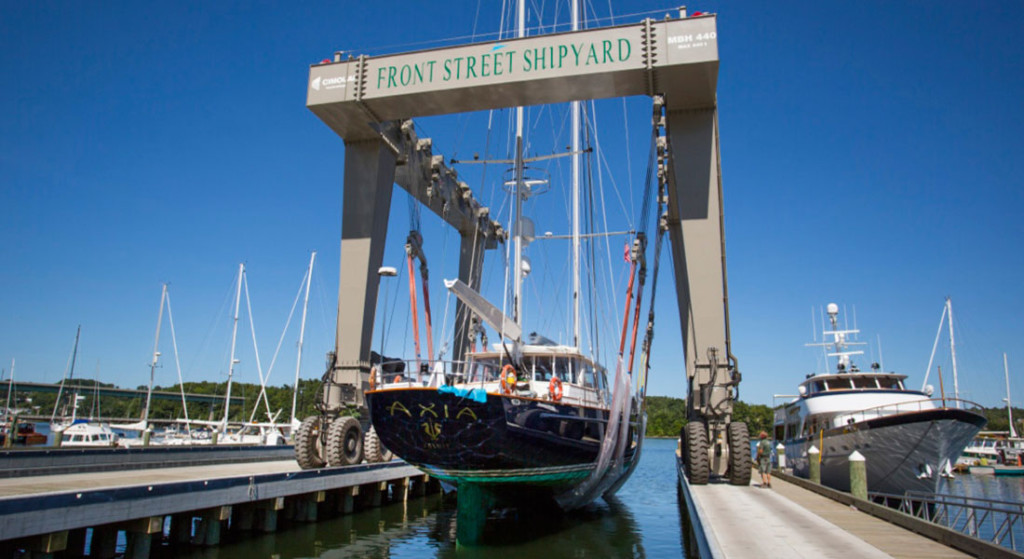 The explorer yacht Enigma XK and the sailing superyacht Axia (above) each earned a Refit Excellence Award last week. The honors recognized not just their refit yards, but also their captains and owners.

The Refit Excellence Awards were given at the first-annual Refit International Exhibition & Conference. The event, held in Fort Lauderdale, intends to augment yacht refits by bringing together professionals to share ideas, challenges, and solutions.

Enigma XK (below) and Axia were nominated in two separate categories, out of a total of four. (The remaining two categories were for yachts beneath the megayacht size threshold.) Nominees for the Refit Excellence Awards came from refit-industry representatives. Judging, by an independent panel, took into account the finished yacht and all participants in the refit. These include the refit yard’s employees, the yacht’s captain and owner, the designer, the surveyor, and the yacht’s mangement team. In the process, the judges weighed how well all parties collaborated and problem-solved. 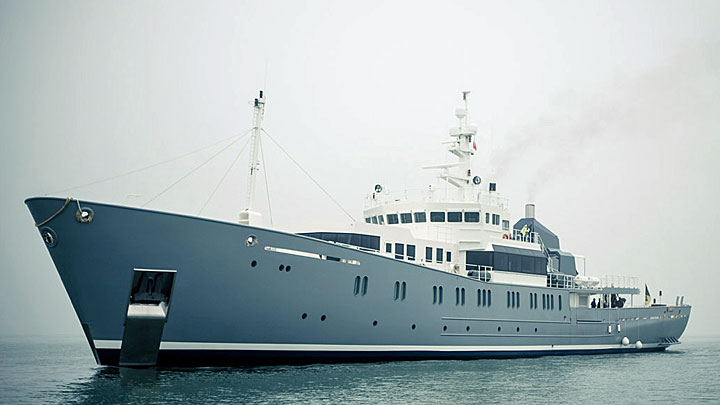 Enigma XK received the Refit Excellence Award for Best Poweryacht Refit Over 100 Feet. France-based Atlantic Refit Center, which did the work, nominated her. The 233-foot (71-meter) megayacht was built in 1988 as a military patrol vessel for the Scottish Fisheries Protection Agency. She served in the North Atlantic and was acquired in 2011 by a yachtsman who liked the rugged looks and endurance abilities. He planned adventurous cruising, even to Antarctica. The interior of Enigma XK, of course, needed transforming for luxury. The two-year refit saw accommodations created for 12 guests and 23 crewmembers, designed by Vitruvius Yachts. The original Ruston engines were overhauled, too, among other technical work.

Axia, meanwhile, received the Refit Excellence Award for Best Sailing Yacht Refit. Built in 1990 by Palmer Johnson, Axia arrived at Front Street Shipyard in 2014 with quite the mission: win the St. Barths Bucket in 2015. The 23-foot (37.5-meter) sailing yacht had a shallow-draft keel that didn’t suit racing. Axia gained a new fin keel and high-aspect spade rudder from Langan Design Partners. Front Street Shipyard partnered with a subcontractor for the pouring of the aluminum keel. The result? Axia took her class at the regatta. Front Street Shipyard welcomed Axia once again this past fall, for genset and engine works.

The second-annual conference and Refit Excellence Awards are set for next January. Nominations will start being taken over the summer.