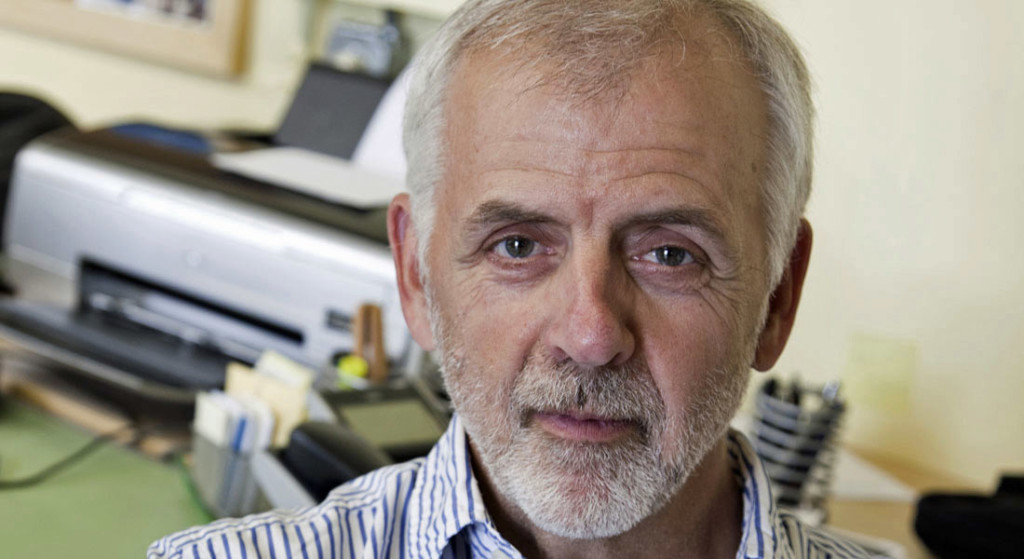 Bill Tripp’s career as a yacht designer started in the offices of his father, Bill Tripp, Sr., a respected American naval architect. “I was an office brat,” says Tripp. “But I never felt any pressure to become a designer, just example.” Tripp graduated with a degree in naval architecture from the University of Michigan in 1976, and joined Doug Peterson to create racing yachts that won the SORC, Admiral’s Cup, Sardinia Cup, and Southern Cross series. Since founding Tripp Design in 1984, he has designed yachts from 33 feet to nearly 300 feet. He is known for cutting-edge, mega-sailboats like Mystere, Esense (below), Saudade, and Better Place, but the 279-foot (85-meter) Aquijo, launched earlier this year, is his largest. He continues to design smaller, elegant yachts like the Hinckley Bermuda 50, too. Here, he shares what gets his heart racing as a designer, plus why he and his studio team need to be “inadvertent software experts.”

MegayachtNews.com: What was it like growing up on Long Island Sound and having a parent who was a respected naval architect?

Bill Tripp: Sailing, and tinkering on a boat to get something just right has always been a source of enjoyment. Growing up in a design family added the dimension of creation to the sailing. It was not assumed that I would become a designer. My father took me to Hinckley, Abeking, and DeVries-Lentsch yards from age 6. That created a singular case of Design Wanderlust. Only after my father died did I choose Naval Architecture over Oceanography.

MegayachtNews.com: You founded your studio in 1984. What was the megayacht world, and specifically, the large sailboat world like then?

Bill Tripp: I was quite involved with the IOR Maxi class. The idea of Maxi was synonymous with the biggest. They were 80 feet. Jon Bannenberg restarted megayachts with Carinthia V, and they were still the realm of motoryachts other than classics of the golden age, and a few rather strange sailing boats. The field started to blast off a few years later.

MegayachtNews.com: Did any naval architects or designers influence your work?

Bill Tripp: A lot of inspiration comes the classics that were the great race boats of their days. These boats were so sophisticated and engineered to an extraordinary precision. Watching Eleonora sail always stops me in my tracks. That they knew then how to build and balance so much power focuses a designer’s mind.

MegayachtNews.com: Do you have a specific philosophy for designing boats?

Bill Tripp: Boats are always getting better. Like planes and cars, the accumulation of experience combined with improving technology moves design ahead.  I am a big believer in keeping lines simple and clean, to let the boat be expressed. The design, the aesthetic and the technology should meld into the whole.

MegayachtNews.com: Has your studio added experts in CFD, metallurgy, composites, or any other fields?

Bill Tripp: We need to be able to run CFD to develop better platforms and racing boats. Ditto composite engineering and FEA (finite element analysis). We also need to be inadvertent software experts. There are a lot of outside resources, but we need to understand the intricacies as well as any subcontractor to know that we are getting good information. There is a very complex design spiral in there, with some things run in house and some with others such as universities. 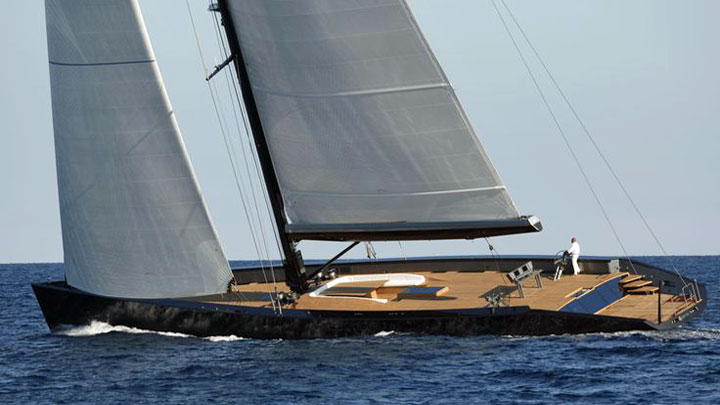 MegayachtNews.com: Which yachts do you consider milestone projects for your earlier career?

Bill Tripp: Shaman would be one. An extraordinary man from a sailboat racing background asked whether it was possible to combine the best technology and performance seen in racing boats and bring it to a world-cruising boat. We had been doing smaller lifting-keel boats, and carbon racing boats. We combined these together in an 88-foot sloop with a really clean pilothouse. Putting her together was a tour de force for all involved. She goes 20 knots, and has been everywhere.

MegayachtNews.com: Was Alithia a defining yacht for you?

Bill Tripp: As a kid, the name Abeking & Rasmussen resounded with a special meaning. It was where my father took his best designs to be built. Jens Cornelsen, one of the top owner’s representatives, had seen Shaman and called for a client to build there. It was a chance to bring state-of-the-art naval architecture to sailing superyachts. Although built in aluminum, the shape change we brought with a plumb bow, modern sections, and a long waterline made for an easily sailed fast boat that was not digging a hole in the water. The changes became the norm. We worked with Andrew Winch for the second time, collaborating on a clean esthetic that spoke the language of movement and prowess. The boat sailed for two and a half years around the world with a family aboard—really sailing—and this brought us forward.

MegayachtNews.com: Esense was a controversial design when she was launched. Has the yachting world moved more towards that type of design?

Bill Tripp: Esense is a dream from the golden era. Luca Bassani had this idea for the purest of forms, where there was only the hull, a rig, and deck contained within the hull. She is a really easy boat to sail. Most boats are mission-specific, but Esense was built by her owner to capture the idea and then live in it. She will stand up over time better than most boats, because whatever one might think about the expanse of deck in the bulwark, she is the most harmonic of designs.

MegayachtNews.com: How do you approach motoryachts?

Bill Tripp: If you mean superyachts, they must become more accessible and more easily driven. I steer away from the wedding-cake form. The hull needs to be put to best use with these high volumes being stretched onto longer hull forms that are subtly shaped, with the result of less drag and much-improved fuel consumption. Without the huge superstructure, the design form can be expressed, and tied together to the hull, rather than hidden in swooping curves and unnatural theater. I guess I am a critic of the state-of-that-art.

MegayachtNews.com: What do you see in the next five to 10 years for mega-sailing yachts?

Bill Tripp: We’ve seen big sailing boats getting sexier, and easier to use. I think this is part the realization that performance and comfort are simpatico, and in part because regatta sailing can make the boats truly dual use. We sail 150-foot sloops the way we sailed 80-footers 20 years ago. This will continue. Some clients are now willing to ignore bridge heights, which has been a barrier, and some owners will want really big sailing yachts to match the size of the mega-motoryachts. We are just now delivering an 86-meter and a 46-meter, and in the US, I have a 63-foot carbon racer/cruiser delivering in the summer.  So I feel lucky at this moment.