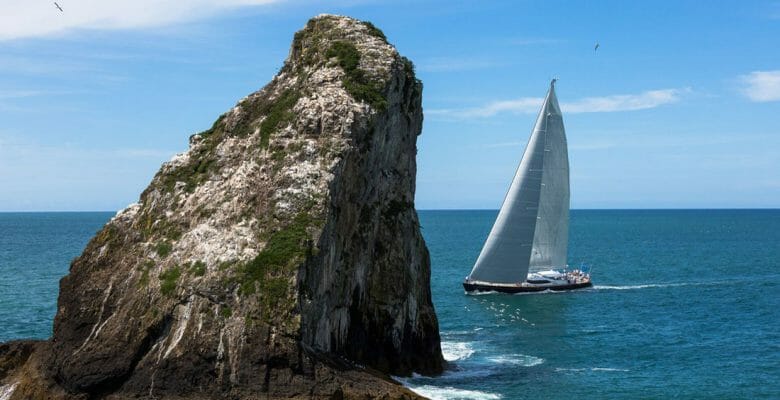 With three months to go before racing starts, the NZ Millennium Cup has seven competitors registered. It’s the same number as 2015 event and one shy (so far) of earlier this year. Since the 2016 event had the highest-ever entrants, organizers feel confident 2017 will set a new record.

Set for January 24 to 27, the NZ Millennium Cup has been an annual regatta in New Zealand waters since 2012. It originated in 2000, though, when the famous America’s Cup took place in Auckland. The yachting trade organization NZ Marine viewed that event as a springboard for showcasing the country’s cruising grounds to visiting yachts. Simultaneously, it wanted to promote the region’s yacht builders, designers, refit yards, and more.

The expectations became reality, as NZ Millennium Cup competitors have spent the season cruising and chartering plus undertaken work there. Janice of Wyoming (above), a regular race entrant, is one example. She’s currently at Orams Marine doing refit work in preparation for the race. 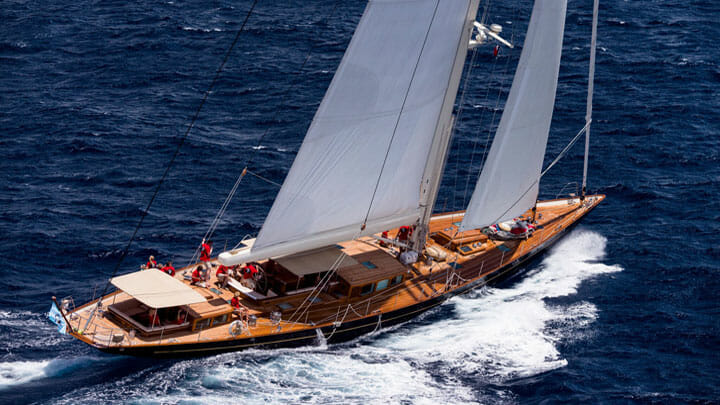 Joining her this coming January are fellow returning competitors Tawera, Silvertip, Steinlager 2, and Antaeus. They’ll face competition from two sailing superyachts new to the race, Cavallo and Pumula (above). Interestingly, the owner of Cavallo convinced the owner of Pumula to sign up. In a small-world story that only happens in yachting, they happened to see each other while both were cruising Polynesian waters recently. Pumula’s captain, Michael Van Bregt, says that Cavallo’s owner relayed how laid-back the race atmosphere was.

It was also a good opportunity to check another country off the cruising bucket list. Pumula has covered 52,000 nautical miles since delivery in 2012, by Royal Huisman. The NZ Millennium Cup marks her first visit to New Zealand. She’s already been to Alaska, Antarctica, Cape Horn, and dozens of other places. As for Cavallo, she, too, is an adventurous cruiser. She headed to French Polynesia last May straight from the winter season in the Caribbean. She’s staying in New Zealand after the NZ Millennium Cup for charters, then taking bookings in Fiji starting next April.

As for the NZ Millennium Cup, the racing takes place in the Bay of Islands, off New Zealand’s North Island. The area is touted for having 144 islands and white-sand beaches, plus excellent cruising. The regatta also takes place the same time as the famous Bay of Islands Sailing Week. That high-profile event attracts hundreds of sailboats and spectators.