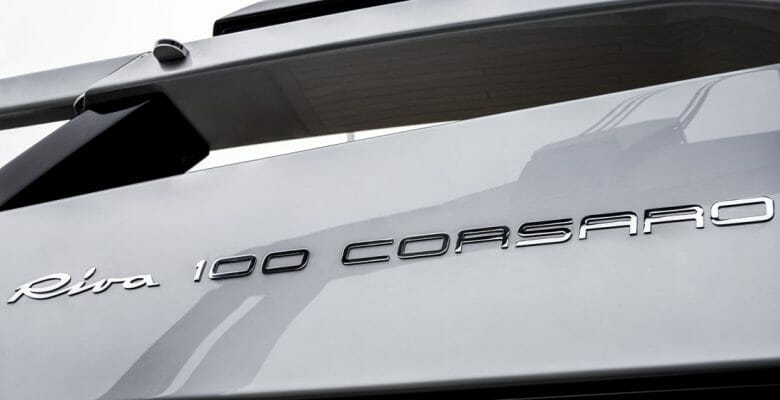 Here is hull number one of the Riva 100 Corsaro series. The launch, which occurred last week, signified two important milestones for the long-standing Italian brand. First, the megayacht is the first flying-bridge-equipped Riva in many years. Second, upon delivery early next year, she’ll be the first Riva to formally premiere outside of Europe.

Riva launches new models every year. While it has flying-bridge boats in its range, the focus of late has been on coupe designs, some of which convert from closed-roof yachts to fully open-air ones. The latter includes the 76 Bahamas, which premiered earlier this year. At the smaller end of the spectrum, Riva launched the Rivamare earlier this year, too. She’s based largely on a famous Riva model from decades ago, the Aquarama. 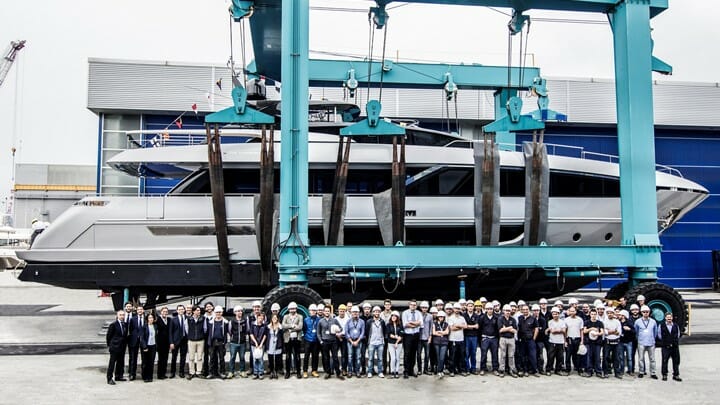 Even with a flying bridge, the 100 Corsaro stays true to the looks of her open-air sisters. The lines are quite sporty and sleek. She also stays true to Riva tradition, being semi-custom. This yacht features four guest staterooms below decks and a main-deck master suite that spans the full beam. The sundeck devotes most of the deck space to relaxation and some sunning. The fixed hardtop will provide welcome shade on warm, sunny days, too.

As for the premiere, Riva has always had formal debuts in Italy or elsewhere in Europe. Since the owner of the Riva 100 Corsaro plans to keep her in Asian waters, however, this launch is the exception to the rule. The hand-over will occur in 2017 in Hong Kong. Riva’s management team commented on this break with tradition, saying it complements growth in the Asia-Pacific region.

Sea trials for this first hull are expected in the coming weeks. The standard MTU engine package should permit a top speed around 27 knots and a cruise speed around 24 knots.