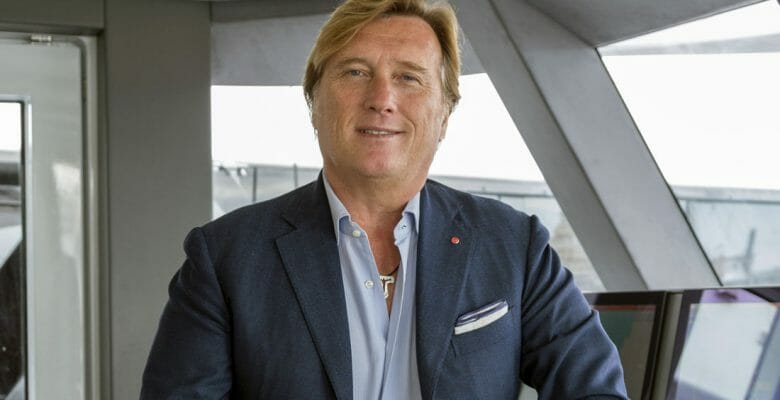 As part of its global sales and promotion expansion, Dynamiq has hired megayacht-industry veteran Maurizio Magri as its commercial director.

Magri may be best known for being CEO and partner of the megayacht builder CBI Navi for 11 years. For the past two years, he was a sales manager for Overmarine Group, the builder of the Mangusta maxi yachts. However, Magri also has experience with military- and commercial-vessel builders. Furthermore, he’s spent more than 25 years as an independent consultant managing the build of ships and megayachts. They include super-size projects from 236 to 361 feet (72 to 110 meters) constructed at a handful of Northern European shipyards.

Sergei Dobroserdov, CEO of Dynamiq, says Magri’s overall experience will boost Dynamiq’s business and image. However, his time with one particular brand should be particularly beneficial. “His time spent with Mangusta, where he worked as sales executive developing its new displacement range, is particularly relevant,” Dobroserdov explains.  This is because each Dynamiq incorporates a fast-displacement hull, for quick trips within the Med as much as transatlantic crossings. As Dynamiq puts it, “The fast displacement hull can carry you from Monaco to Saint Tropez in just over two hours or make the trip from Miami to the Galapagos on one tank of fuel.”

Magri considers Dynamiq “a breath of fresh air in the competitive 30- to 45-meter sector” (98 to 148 feet). He adds that Jetsetter, the first build, is “a high-tech superyacht with truly international appeal. I believe it responds to a need in the market.” Jetsetter just made her American debut at last week’s Palm Beach International Boat Show.

Dynamiq has yet another project in build, a 115-footer (35-meter). She bears design by Studio Porsche. We’ll have more news on that build later this week.