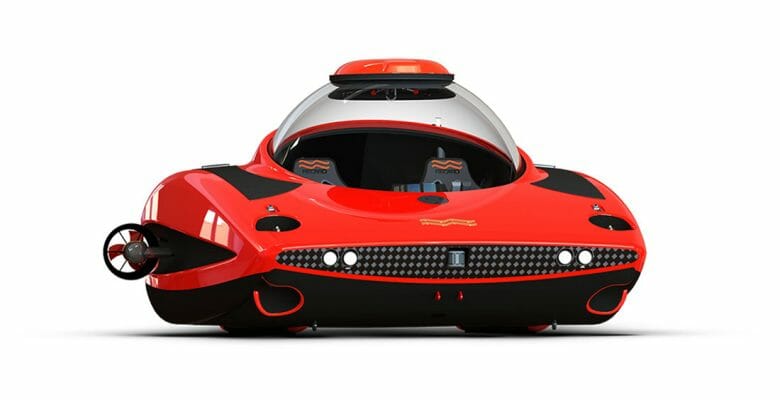 Some super-cool watertoys let you leap and literally run rings around your buddies in the air. But how about beneath the surface? The HiPer Sub series promises that, plus more maneuvers that traditional personal subs can do.

Created by U-Boat Worx, the series includes the aptly named HiPer Sub 2. It’s a revision of the HP Sport Sub 2, which was set for release two years ago. It’s for two passengers and, similar to some of the company’s other models, can dive to about 328 feet (100 meters). A maximum-depth-protection feature means that if you exceed that threshold, the HiPer Sub 2 automatically rises to the safer zones. It does so, and operates in all other instances, via multiple thrusters.

The “performance” in “HiPer” come in what the sub industry calls “hydrobatics,” meaning acrobatics under water. For one, the HiPer Sub 2 reportedly travels at 6 knots. That’s actually swift for a personal sub. In fact, U-Boat Worx says it’s triple the typical speed. Next, the joystick control lets you or your passenger start pulling tricks. Each passenger can take the helm without switching seats. You can maneuver at multiple pitches or angles, including vertically, and even make steep turns. These are all possible in addition to the above-mentioned rolling and looping. 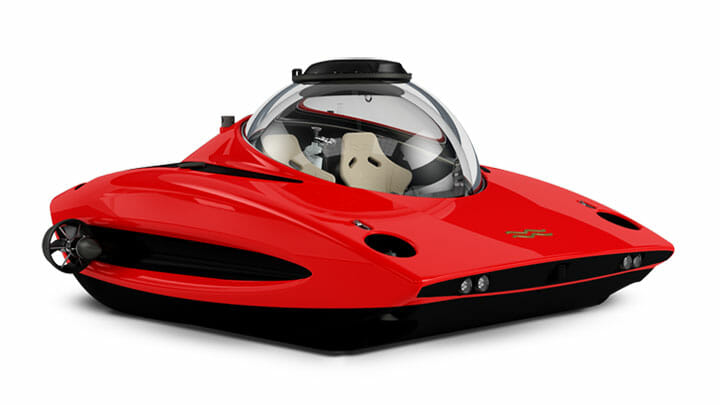 A big reason why the HiPer Sub 2 is so agile is its construction. U-Boat Worx says it has 70 percent lower drag than a typical personal sub. The size is small, too: about 10 feet (316 centimeters). It’s slightly larger than some popular three-person PWCs on the market. Weight is similarly low, at about 5,468 pounds (2,480 kilograms). This opens up the personal-sub market to a whole new group of buyers, too. Megayachts measuring just under 100 feet (30 meters) can carry one aboard. Furthermore, you can trailer the sub.

Naturally, you can use the HiPer Sub 2 as a “normal” personal sub, gently floating amid sea life. But, as the old saying goes, why be normal?

The HiPer Sub 2 is classed by DNV GL. The same is true of a four-person model, the HiPer Sub 4.